If your reaction to using miniatures is this 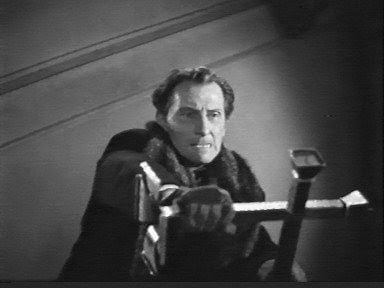 However if this is how you view using miniatures 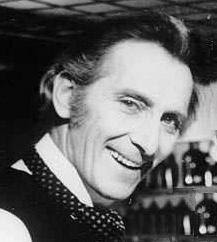 Then I got some useful info for you.

One the key elements for using miniatures at the game table is the battlemat. Basically a flat sheet marked in squares or hexes used to regulate movement. Many have the ability to be drawn on with either dry erase or wet erase markers.

My preference is for hex maps. I never really like the grid and quickly switched to hex maps even when I was playing AD&D. The fact that GURPS uses hexes was one of the things that initially made the system appealing to me. While a bit of a paint to draw dungeons on hex maps make counting range a snap and offers more freedom of movement because of the six possible direction. I am sure that starting out with the old hex and counter wargames made it seem natural.

For a long time this rather plain battlemat was my favorite. 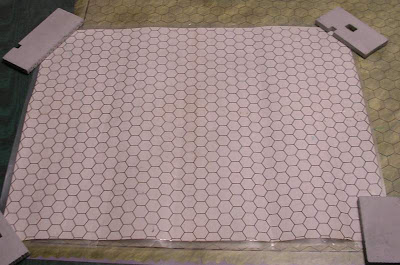 The main reason is that the scale of 3 feet per hex was accurate for 25 mm figures (the kind most often used for D&D). Which is was important to me considering considering I use props with my miniatures.

I tried used a Chessex soft mat. The main reason I didn't use is because no matter what type of marker I used it stained very easily. Rolled up nice. Of course I got the deluxe wargamer version with hexnumbers and line of sight dot in the middle of the hex. 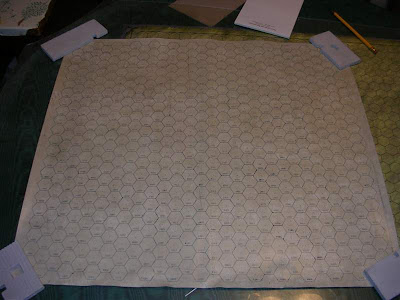 But then two years ago I got this battlemat. 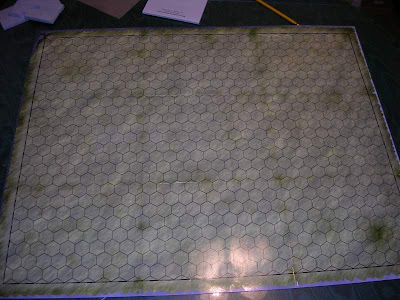 Which became my main battlemat. One reason I like is that it is sturdy, folds up rather than roll up, and has square on the other side if I need them. I not sure if the folds will take years of use, I will let you know in a decade or so. 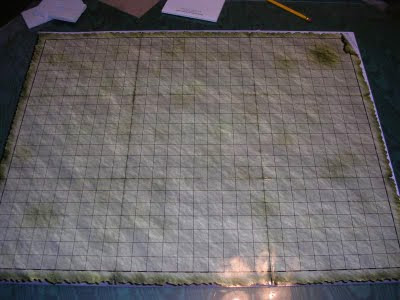 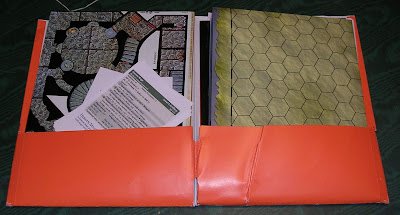 This illustrate what I mean by scaling. If you are using 3 ft hexes then the one of the left works better than the one on the right. The 1" square grid and hex maps work out better for D&D as each square/hex represent 5 feet. 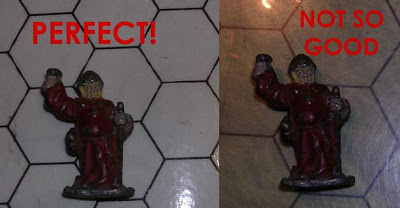 I also have some specialty battlemats I use in various situations.

This is from a Steve Jackson product for GURPs and use it a lot for outdoor encounters. 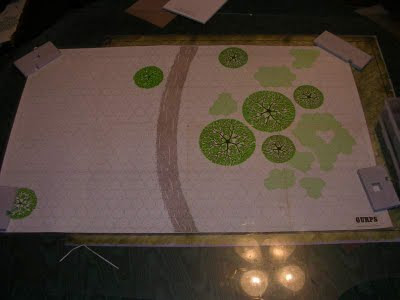 Some other handdrawn battlemats. 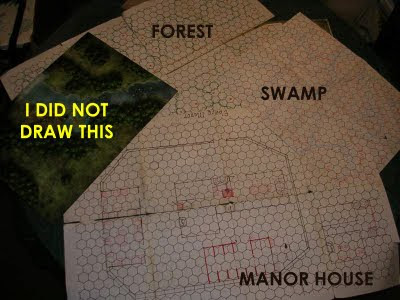 Below the top map represent the best of my handdrawn battle map. Remember these were drawn in the late 80s/early 90s way before D&D 4th edition. I got to admit tho the 4e maps are pretty nice looking. 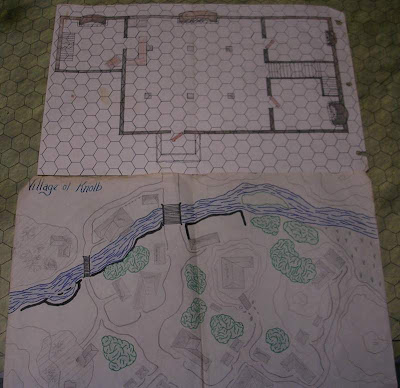 The bottom map in the picture above is handdrawn by Tim of Gothridge Manor. He has a distinctive style that I always found pleasing. I case you are wondering these were used for our GURPS version of the village of Hommlett. The top map is the Inn of the Welcome Wench and the bottom map is the Village of Nulb (Knolb in our version). It was set on the Tharian Coast northeast of Elxier for those who know your Wilderlands.

If you own a battlemat and want to keep it for two decades I recommend rolling it up unless it is been specially designed to fold. If for some reason you own something with map drawers then store it flat. You may be able to get away with using two square boards sandwiched between a shelf in the wall. Make sure you use something smooth like plastic and slide the map between. You want to make there is a slight amount of pressure to keep the paper from sliding down.

As you can see in the picture of the handdrawn maps folding them doesn't do much for durability. I suspect I will tape them up and get them laminated solving the problem for the long term.

Finally on corner of the map test your markers to make sure they will work. Even if you use the recommended type some brands will still stain the mat.

Finally a new product called Gaming Paper was released. It is marked out in 1" square but the price look good and the reviews positive. You just tear off what you need and draw.
Posted by Robert Conley at 6:00 AM

Hey Rob, loved the post. Those pictures in the beginning are great. And where in the heck did you find that map? I barely remember it. Anyway great post. I was fun to read.

I still have the binder we used for the campaign that had Hommlet in it.

I've been meaning to order some gaming paper. Looks perfect for any scene/floorplan that is likely to recur a few times - generic wilderness maps, PC HQ, favorite inns, deckplans for a ship, etc.

I was introduced to battlemats after I started playing 3e because to the other gamers in our group, it was a necessity. One idea I'd like to share came from one of the other players (the guy who actually owned one of those expensive 3'x5' mats). Home Depot or Lowe's or any other DIY store has sheets of thin plexiglass for relatively low price. They fit on top of the unrolled battle mat and Vis-a-vis markers are wonderful on them...as in any water-based marker. It protects the mat, washes off easily, gives the players extra places to mark info (like the effects of Bless in D&D) and fits nicely behind a door or under a bed when not in use. Only problem is that they get a little brittle over time and so can crack or break if someone is showing off their new metal dice.

Thanks for bringing that up. I forgot to mention that. You should be able to see the plexiglass underneath in some of the pictures and yes it does chip and crack with age.

Loved Basil. Tim showed me and I cracked up. Very fun.

OK I got one question on this, What do you do when your car door opens as you are going around Diamond park and your battle mat flies out into the street with the rest of your gaming stuff?

Well all things considered hope your friend doesn't write about it in a blog post 25 years later.