The Traveller Book became my primary Traveller reference and has seen much use over the years.
Posted by Robert Conley at 9:18 AM 9 comments:

Posted by Robert Conley at 8:16 AM No comments:

I don't about you but I think this is cool. A kickstarter to make dice specifically for casting magic missile. I know I pull out about 5 d4s and set them aside when refereeing my DnD games just so I can quickly roll them for the enemy magic user magic missile spells. Since the effect of the Magic Missile has remained relatively constant across multiple DND editions. So I can see this being handy. for a lot of DnD Fans regardless of edition preference.
Posted by Robert Conley at 8:20 AM 2 comments: 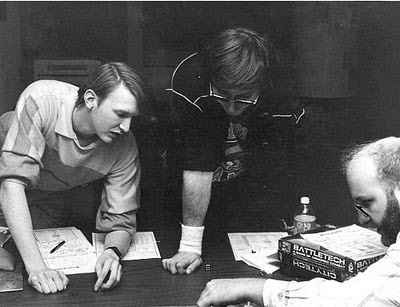