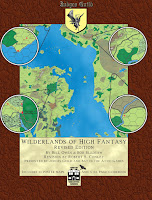 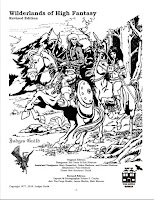 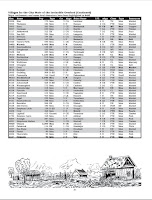 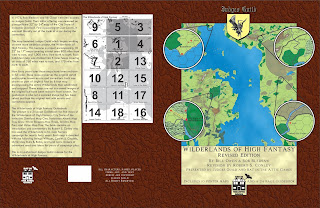 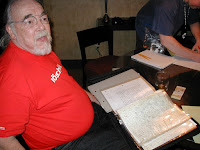 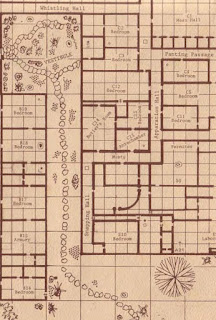 Thanks to Allan, Jon, and the Black Blade Publishing crew, my color City of the Invincible Overlord map made it debut at Gary Con. Wish I could have attended. But still if you want a copy the map is available on RPGNow for $10 print + shipping (around $3 to most of the USA).

Thanks to +Allan Grohe and +Guy Fullerton for the photos. 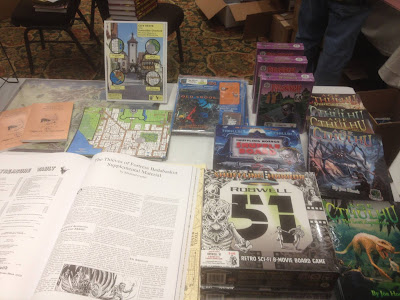 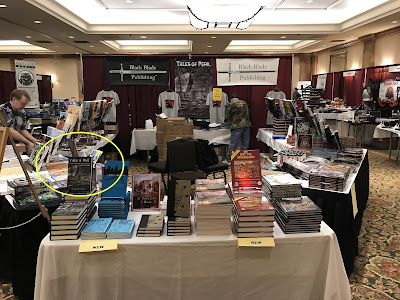 Update: I just learned from +Allan Grohe of Black Blade that they just all sold today. That was quick! Again thanks to the Black Blade Publishing crew for display my books and maps.
Posted by Robert Conley at 12:08 PM No comments:

The OSR operates at a variety of different levels in the hobby and industry. Ranging from people who only blog, to full fledged publishers like Frog God Games and Lamentations of the Flame Princess. Among these people are the folks that "really know their stuff" and are excellent at producing useful tools and reference.

One of these is Scot Hoover also known as Kellri. Since the beginning of the OSR he has operated a blog packed with useful information and most well known for the Classic Dungeon Designer Netbook series. Particularly for #4 Encounter Reference. The complete list of what he wrote can be found on the right edge of his blog. Currently he is midst of a massive multi-year project called Dangerous Dungeons. A open content update of the Encounter Reference that expands and extends that work for OSRIC.

Unfortunately he suffered a stroke Monday and needs help. He has two kids and lives in Vietnam teaching English. If you can help he has a GoFundMe page. He trying to raise $5,000 to cover the diagnostics and treatment he needs to recover from this. Hope everybody can help him reach his goal. As of Saturday he is halfway to his goal.


Posted by Robert Conley at 8:19 AM No comments: