From the Attic: My highest level 1e Character

A couple of days ago I posted my oldest character. However they were not my highest level character ever. Only one character was deemed worthy of a Permanent Character Folder, Robert the Wanderer.

His astoundingly original name had more to the 'the wanderer' rather than naming him after myself. I just liked the combo of "Robert the Wanderer".

His stats were rolled up using the method of 4d6 drop the lower, do this seven times, drop the lowest score. This was probably the most popular method in my hometown. The campaign was run by the DM using the Middle Earth map. From what little I remember it wasn't very middle earth like.

Yeah and the ink bleeding through from drawing the shields sucked. I still have one blank permanent folder left. With the OSR in full swing maybe I will get to use it. For those of you who missed on these the first time around (or never had a chance) I recommend going to Mad Irishman's site here. He even fixes the problem with having no AC on the front panel. Plus you can get adventure records to fill out. 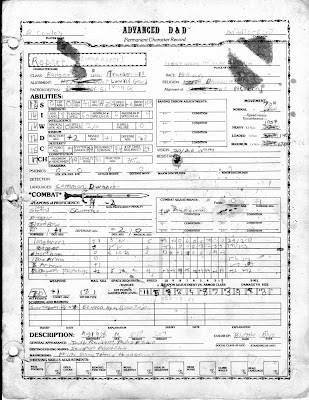 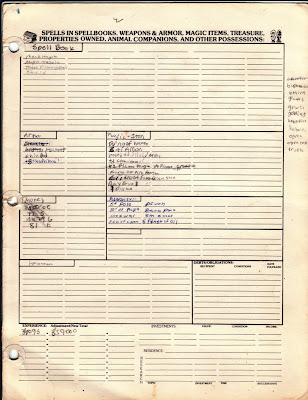 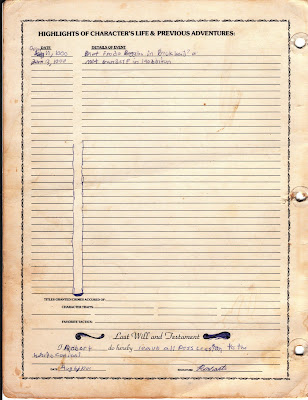 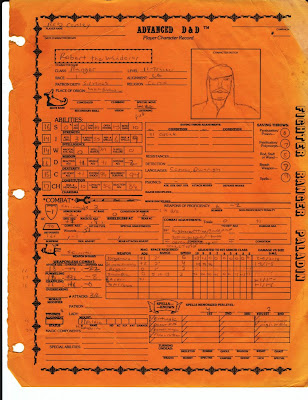 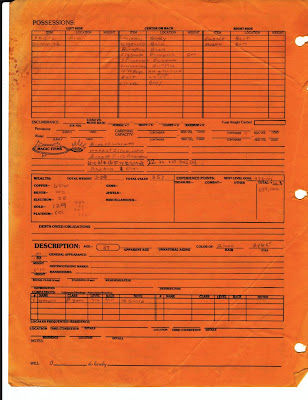 Wow, those golden-rod sheets sure do bring back memories. I still have my first AD&D characters (on those same sheets) stuffed in a folder, downstairs somewhere. I'll have to dig them out someday soon.

Thanks for the stroll down memory lane.