Syrivald seemed better off when I was on vacation. Part II

Cast of Characters
Tim as Ashling a Elven Montebank, (Rouge, Magicuser type)
Dwayne as Eoleander a Half Viridian/Elven Fighter
Rusty Battle Axe as Syrivald Human Mage from the Order of Thoth. 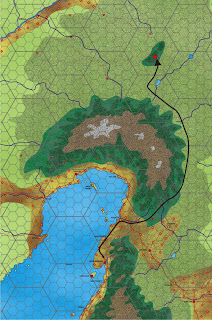 The party rode north from Gormmah into the wilderness. They skirted the eastern edge of the Barradine Mountains until it started curving to the west. From there they headed north until they reached the small ridge where the hill fort laid. It was a two day journey and arrived there at sundown. The party decided to camp and rest there for the next.

Eoleander took the last watch. Prepared breakfast and tea and awaited the arrival of the dragon Maddas. After sunrise Maddas arrived and the party awoke from slumber. After breakfast, Eoleander asked Maddas to scout out the ruins.

It turned out that the grounds of the hill fort was occupied! After careful examination it appeared to be a band of Claw of Kalis cultists!* Unfortunately they appeared to be altered to the presence of the dragon and through the dragon the party witnessed the cultists prepare for battle with the women and children being herded into the hill fort. 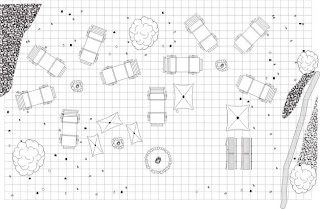 Eoleander, Syrivald, and Ashling used a 2nd level ritual to turn them all invisible, and sent Nasheen and the other henchmen to go up the trail to the hill fort a 1/2 hour later. The party was carried near the cultist encampment by Maddas and dropped off. Note that Maddas did not enter the battle only saying "My participation will allow further intervention."*

Thanks to the judicious use of sleep spells the party quickly gained the upper hand. Only one cultist survived the run back to the hill fort. The party slaughtered the slept cultists and when Nasheen and the rest of the henchmen arrived put them to work going through the cultist's wagons and possessions. 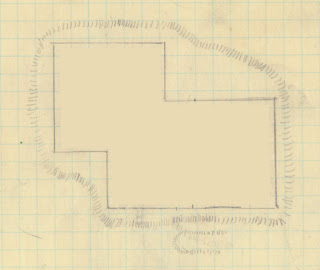 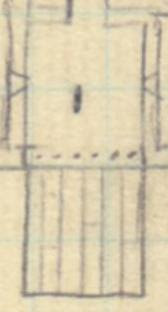 he three had Syrivald turn invisible again and they made their way up into the hill fort. First they were confronted with the entrance which was a 10 feet by 10 feet hallway lined with murder holes on the ceiling and arrow slits on the sides. At the end was a stout wooden door. Luckily age made the door somewhat rotten.

Invisible the party crept in and Eoleander stepped in front of the door. He gave a mighty kick and smashed it off it's hinges causing it to fly over the table that was dragged behind it. (He rolled a 20 on his Athletics check which is the ability I use for smashing door). The party quickly swarmed in looking for targets. They were in the middle of a Great Hall with a roof extending up to the second story and a balconey 10 feet up running along three sides of the room. 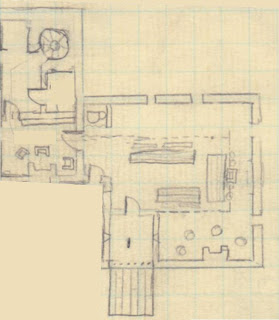 There they fought the remaining the cultists. Syrivald notices one lurking on the balcony and webs him. However there was a moment when the battles started to go the cultists way. The Chief Claw stepped out and threw a white powder that caused all the invisible party members to appear. Then two unseen cultists got surprise attacks on Ashling and Syrivald. Both of them rolling natural 20s. (max damage) Ashling survived his shot but Syrivald went down. Rusty uttering the immortal line.*

Syrivald seemed better off when I was on vacation. 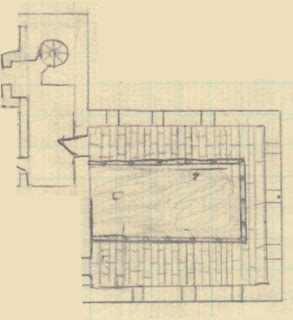 However Eoleander quaffed a haste potion and made short work of the Chief Claw. The next round he made a might leap up onto the balcony and cut down the remaining cultists except for two that ran. Eoleander gave chase using his haste to run them down. He cut down the first at the entrance to a circular stairwell running the height of the hill fort.

When he reached the third floor he was taken aback when confronted with the horror of a dozen giant centipedes feasting on the remains of the woman, elderly, and children of the cultists. Apparently they were fleeing the party making their way upwards when they ran into these creatures. Eoleander spots the last cultists climbing a ladder to the roof and cuts him down. Leaving before the centipedes could notice him.

Returning to the Great Hall the party looted the bodies and returned up to the third floor. There with the last sleep spell they downed the centipedes and then proceeded to kill them. That where the session ended.*Dragons are creations of the gods in the Wilderlands. At the end of the Uttermost War they were charged as guardians of the nine chromatic crystals that warded the entrances to the Abyss. A millennia later some of them abandoned their post to follow the Black Lord. After the Black Lord's demise they became free agents wandering the Wilderlands pursuing their own plans. However it is said that when dragons get involved the gods are allowed a freer hand in intervening in the Wilderlands.

*Claw of Kalis get +1d6 per level of extra damage if they get a surprise attack.
Posted by Robert Conley at 9:55 AM