Google Sketch Up and the Tomb of Horrors.

Google Sketch Up is a simple to use 3D CAD mostly used to publish 3D models of buildings for Google Earth. I been aware of this program for a while and played around with it. As 3D CAD programs go is probably the easiest one to use. It is uncanny in how it predicts how you want to do.

The basic feature of Sketch Up is the ability to draw a shape and then PULL it. The pulling creates the 3D model. Then you can draw on on its faces and pull them as well. It is intelligent enough to realize that only that portion that you drew will get pulled. You can also push it in to create cavities and holes.

The reason I am blogging about it is because of this post on the Harn forum. 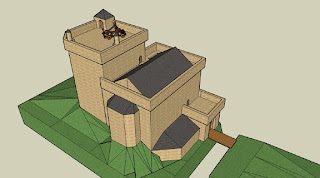 So I downloaded latest version and played around with it again. It evolved somewhat making drawing easier still. One thing I usually try the 3D Warehouse. It is a catalog of object that Sketch Up users post to the Google Server. They can downloaded whole or inserted into an existing drawing. 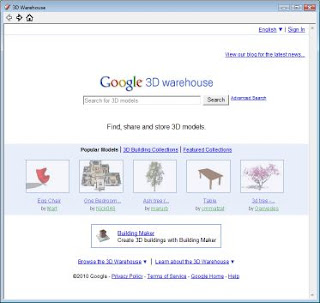 So I typed in Dungeons and Dragons. 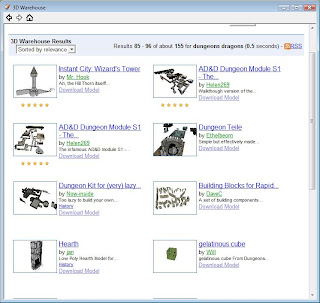 And boy there is a lot more stuff. The best part all the house, walls and other items that you download and combine to make a 3D view of your town.

But perhaps the neatest thing was the complete mockup of some classic D&D modules like the Moathouse or the S1 the Tomb of Horror.

The Layout of the Tomb of Horror 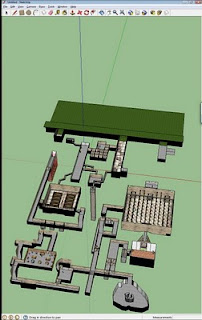 The model is textured so it pretty neat to a walk through. Here the tomb's entrance (the real one). 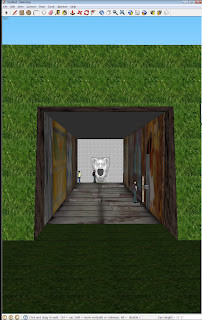 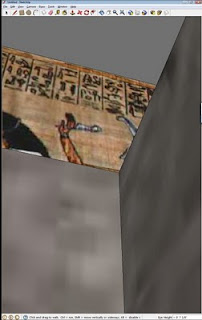 Help anyone? I could use that rope now.
Posted by Robert Conley at 6:00 AM

That's very cool Rob. I'll have to check it out. However I couldn't see you first picture from the Harn forum and the link said I was unauthorized to view that page.

That's a fascinating little tool there. I had not heard of it until now. Thanks for sharing.

I have been looking for something along these lines to use for a huge castle complex I'm thinking of designing. Thank-you for posting on this.

Awesome, and it looks easy. Wish a DM would make a mod for game use :D Thanks.

Hmmmm - there seems to be some kind of server error, as no images are displayed for me.