Sometimes it is hard to figure exactly how big a setting or place is in relation to the real world.

Here is the City-State of the Invincible Overlord super imposed on the city of Pittsburgh. 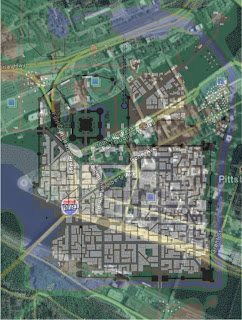 The following two I made the map of Greyhawk transparent and super imposed on Europe. Because the two continents are point in opposite direction I flipped Europe around to it is facing east instead of west. 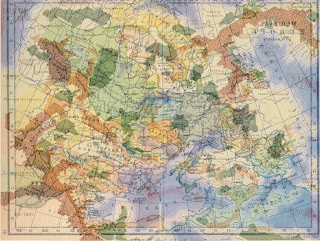 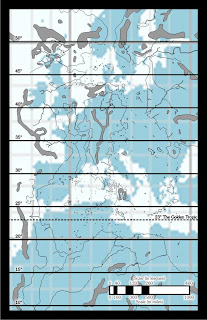 The Main Campaign Area where most of my campaigns were set. It is superimposed over Greece and Turkey. Doing this actually opened my eyes to doing a fantasy Greece sandbox. I thought the area was a bit small for everything that happened in it but comparing it to the Majestic Wilderlands I started thinking of how to tuck various adventures around the Aegean Sea. 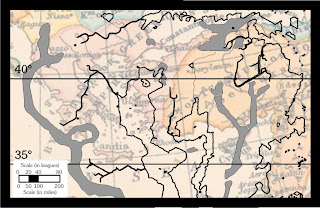 The essential trick is too use Google Maps or a graphics file of a map that has a scale on it. Scan in the map you want to compare as a separate file. Then measure in pixel a known distance on both maps. Say you find that the scale on the real map is a 200 pixels per 100 miles and the scale of your map is 50 pixels per 50 miles. The first map has 2 pixels per mile, the second maps has 1 pixel per mile. So either I shrink the real map by half, or enlarge my map by double.

Then you need a paint program that supports layers and transparency. I recommend trying out Paint.NET for this. Paste your map on one layer and then the real map on a second layer above the first layer. Lock the first layer and then set the opacity of the second layer somewhere between 40 to 60%. You will find it under the menu Layers->Properties. Save it and you will get a map like above.
Posted by Robert Conley at 6:00 AM

Fantastic. It's the kind of thing that was always under our noses and only you noted... I really liked this and I'll see how large is my campaign compared to the real world.

Interesting! I've been tossing this about in my head for awhile, and from your post and Alex's post today, I realized that the hexcrawl isn't quite as easy as it probably is played. The scale really plays this out... and your ideas are going to help me big time. Thank you!