The Art of Character Sketches

I doubt I will ever turn into a triple threat like Paul Jaquays (writer, artist, cartographer) but here are a few of mine. Mostly of NPCs I had over the years. 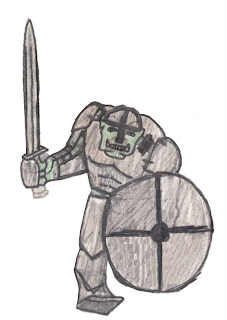 The feared tin-can orc Grandar. Virtually unhittable in GURPS 3rd edition and even if you do his plate armor soaked up most of the damage. 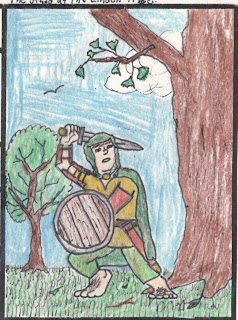 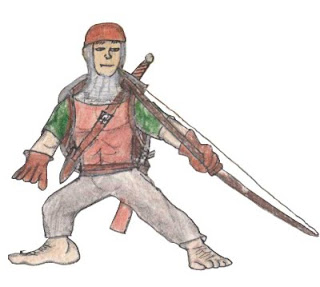 A crack halfling archer. Had a quirk of shooting small game continually while on the trail. 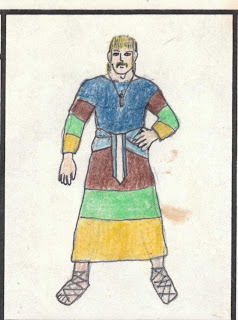 A priest of the Nature God Silvanus. The colors represented the seasons. 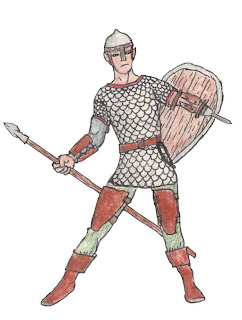 Gil-Tarin the one handed elf. Just to show that not all elves are sweetness and light. 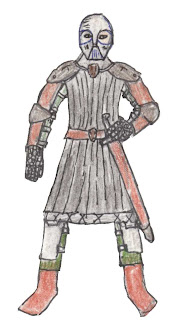 A priest of Set and they don't use frickin maces. This guy was Lareth the Beautiful from the Village of Hommlet. I created a GURPS version of Hommlett in the early 90s. 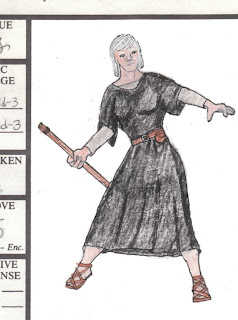 Serina a necromancer from one of my adventure. She is an albino which is not much of disadvantage for her profession when you think about it. 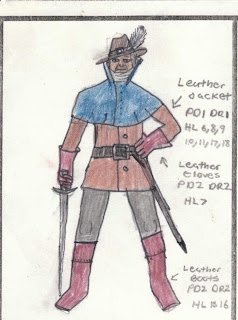 Menstice the Rogue from a GURPS Campaign where all the players played 50 point characters. The normal start is 100 pts. 50 pts in GURPS is pretty close to playing a 0-level character in AD&D. 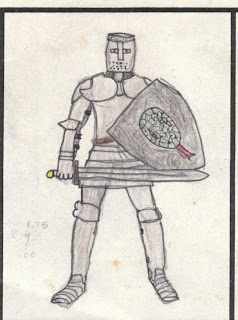 A Myrmidon of Set my LE variant of a paladin 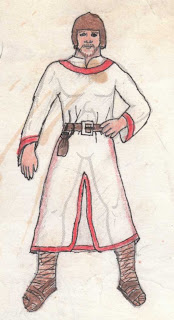 Calurin a priest of Mitra I played in a GURPS Campaign that revolved around going into Judges Guild Dark Tower. It was some campaign I tell you.
Posted by Robert Conley at 6:00 AM

I love your character sketches. It looks like some of your character sheets had some kind of 'mannequin' in different poses that you couild draw your clothing and equipment on top of since several of them seem to be in the same pose? Is that a 'GURPS' feature?
About 90% of my character sheets have been made on lined notebook paper... usually with a frilly 'ruff' on the left hand side where they were torn out of the spiral notebook. Since I like to draw, I would usually include a little sketch, most often humorous or cartoony, of the character. Your entry inspires me to dig through my old papers and see if I can't hunt some of them up.