Of Overlords, Kings and Barons, Building a Feudal Setting Part 14

The Chamber of the Overlord 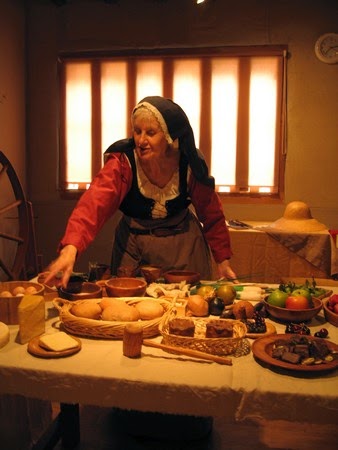 The Head of the Chamber of the Overlord is the LORD HIGH CHAMBERLAIN. The Lord High Chamberlain's responsibilities are to ensure the personal health and well-being of the Overlord and maintain the Overlord's quarters and dwellings.

Under the Chamberlain is the Lord Master Herald known as the Moonlight King of Arms due the fact their main offices are housed in the Silverlight Palace in City-State. The heralds act as diplomats and official messengers especially to foreign realms. They also keep track of social hierarchy of Overlord's territories by recording Coats of Arms and other insignia in their record books. The wearing of a Coat of Arm isn't as rigorously regulated as in our own history. In-game, I justify this by using the fact that has to deal with three separate traditions, Tharian, Elessarian, and Ghinorians. Out of game it is because of the legacy of starting with 1st Edition ADnD. So I came up with something that supported the tendency of PCs to come up with group names and insignias.

The Astrology Royal is the official diviner of the Overlord. In all of the RPGs I used to run the Majestic Wilderlands there are divination spells. Nobles would hire as part of their household a mage capable of casting these spell.

The Master of the Esoteric Arts is the position granted to the court wizard. Who advises the Overlord on all things magical and maintains the magic items owned by the Overlord and his family.

At the time of the MW Supplement, the Master of the Esoteric Arts held by Lewellyn the Blue who is an independent wizard and not a member of the dominant Order of Thoth. As of 4436, Lewellyn has been in the position for nearly five decades and is granted the Wizards Keep in the Southeast corner of City-State as his personal residence.

The Astrologer Royal as of 4436 BCCC, is Parnswarn the Red who also the Guildmaster of the Guild of Arcane Lore the local conclave of the Order of Thoth. As part of his office he was granted the use of the Southern Keep as his residence.

Parnswarn and the Guild of Arcane Lore are not very happy with Lewellyn as Master of the Esoteric Arts. However the Overlord's family consider Lewellyn to be a personal friend so his position unassailable. This is helped by Lewellyn's disinterest in politics.

In my campaign present of 4460 BCCC, Lewellyn is still the Master of Esoteric Arts leading some to speculate that he is a Half-Elf. Lewellyn doesn't talk about his upbringing much and seems to enjoy the mystery he creates. It is rumored that he had a chat with Duke Divolic making it clear that the new Overlord and his family are under his personal protection.

The 4460 BCCC Astrologer Royal is Master Crassius of the Guild of Arcane Lore. He is not the guildmaster but an experienced mage in the arts of divination.

The Overlord's Fool and the Chief Harper are collectively in charge of the entertainment of the Overlord's court.

The Overlord has three palaces he resides in. Castle Bulwark which is the traditional home of his clan, the Silverlight Palace in City-State, and the Summer Palace in the foothills of the Majestic Mountains near the dwarves of Thunderhold. Each has a Chamberlain in charge of a large staff.

The Head of Clan Bulwark is the OVERLORD. Since the Overlord has many other responsibilities, he grants the HIGH BAILIFF OF CLAN BERNOST the authority to oversee Clan Bernost's affairs and lands. Clan Bernost is the Overlord's family and it's holdings.

Large Tharian clans are divided into septs each governed by a chief. Septs roughly correspond to a manorial estate with a focus on livestock, and horse raising. Each Sept is governed by a Chief with the entire clans ruled by a High Chief.

The old titles of High Chief and Chief are now only used in certain ceremonies. Most of the Bulwark Chief have granted titles of knighthood or baronies to use as well.

The clan has grown so wealthy and powerful is there is little opposition to the Overlord immediate family. This is one of the main factor behind the accession of Overlord's underage grandson. In 4460 BCCC, the ongoing civil war may change this.

Next up is the last post in the series and concluding thoughts.
Posted by Robert Conley at 12:14 PM