From the Attic: Superheroes

The RPG Pundit asks over on the RPGSite forums

If you were to run or play in a superhero campaign, which kind of campaign would you like? What would be the themes? Would it be set in an established comics "universe"; or not?

And would your answers be different if you were running than if you were just playing in it?

Champions and Superhero RPGs has been one of those games that I never could find enough time or players to do. At various times I ran a half dozen campaign in a comic universe of my own creation. I do admit that it was inspired by Marvel's New Universe and borrowed a lot of villains from the Champion's line up.

Here is my official timeline 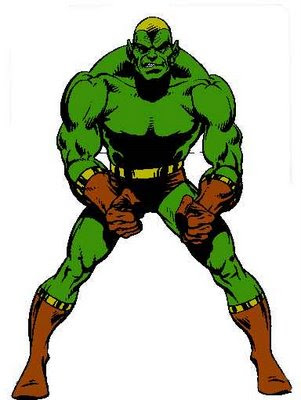 The Beginning
The first appearance of paranormals was recorded on September 15th 1986 when Fred Resnick attacked and robbed a Mellon Bank in downtown Pittsburgh, PA. Calling himself the Ogre and exhibiting super-normal strength and toughness he when on a month long crime spree until the FBI and the National Guard of West Virginia captured him in Clarksburg, WV.

In the ensuing months paranormals appeared throughout the United States, Canada, and Mexico. By January 1987 paranormal began to appear in Europe, Japan, and South America. By mid summer 1997 there were known paranormals in every country of the world. The greatest concentration of known paranormal was centered in North America. 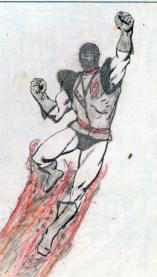 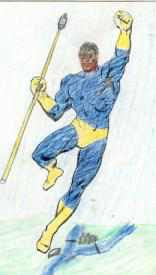 The First Heroes
The public first became aware of paranormals through the actions of what the press called "super-villains". By October the first "super-heroes" appeared. Many choose to wear masks and costumes at first because of comic book tradition and later for the protection of their friends and family. Others left their former lives to openly join beleaguered federal, state, and local authorities in combating "super-villains". 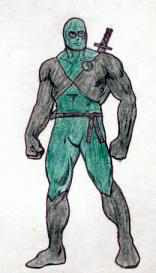 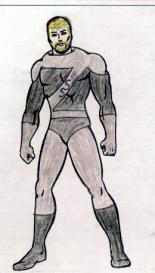 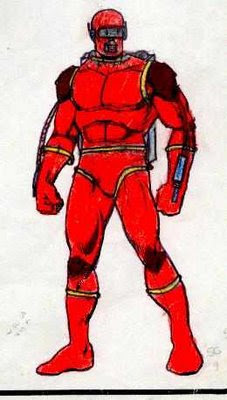 Dr. Jonathan Marco working for a DARPA lab in Philadelphia achieved a break through in bionic enhancement. He was using this breakthrough to develop the Valkyrie suit when the DARPA lab was a attack by an previously unknown group of super-villains. Dr. Marco donned the Valkyrie suit and aided federal troops in defeating the attack. 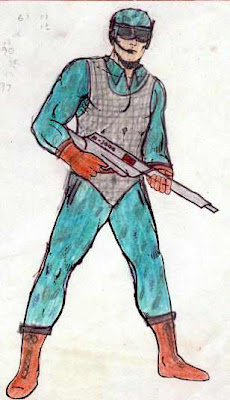 FSAT
On December 19th President Reagan ordered the creation of Federal Special Action Teams (FSAT) to combat the rising tide of lawlessness due to super-villain activity. Using the Valkyrie suit and associated technologies developed by Dr. Marco. FSAT was able to meet the super-villains on their own terms and defeat them. 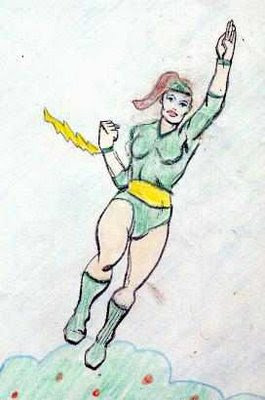 The Fall of FSAT
FSAT was extremely effective in dealing with "super villains". However General Armstrong Forrest, director of FSAT, decided that the civilian government was too weak in dealing with the paranormal crisis and began use FSAT in a variety of illegal activities aimed at seizing control of the federal government.

Several noted heroes (Star-Lance, MX among them) were charged with crimes and forced to go on the run. Finally a reporter named Tara Chase broke the story on General Forrest and revealed that she was the hero known as Starblazer.

Congress dissolved FSAT in late 1987 and assigned its responsibilities to the FBI.


Everything up to this point was the result of three Champion campaigns I ran in college. Interestingly differentiated by whatever Valkyrie suit that was being used by the players. (Mark I, Mark II, or the Mark III )

The secret premise of the campaign was that there was a Galactic Federation similar in ideal to Star Trek's Federation of Planets. In my universe they lost their war against their version of the Klingons and the Romulans. Earth was a protected planet in the middle of the main invasion path. Federation projects indicated that the invaders will reach Earth in 20 years. During the retreat from this sector of space a renegade Federation Scientist decided to violate their version of the Prime Directive and give us a fighting chance against the invaders.

Stealing a spacecraft he stole a Federation corvette and seeded Earth's atmosphere with a metagenic virus. Apon infection a low percentage of individual will manifest paranormal powers. A slightly higher percentage will have no visible manifestation but pass the potential to their offspring (mutants).

The Sciencetist intended to have the virus evenly distributed across the earth but he was caught by a Star Lancer (my version of the Green Lantern Corp) In the resulting fight most of the mutagenic virus fell across the United States and both the Star Lancer and the sciencetist.

The player who played Star Lance was summoned to the dying Lancer and was given his Lance.
Understand in the prep for the campaign I let the players know that they were the first heroes. Also because of this I would make the initial version of their character. So I asked them what kind of power and hero they would like to play. I am sure you can guess what the player for the Star Lance wanted.

The scienctist had a power belt that give him powers similar to Superman (Invulnerability, Super Strength), when he crashed his belt was found by a player who became the first Star Blazer. Later when he left college, the belt was turned over another player who made up Tara Chase Ace Reporter.

The player for MX the Human Rocket wanted to be like Cannonball from Marvel. I think I got the name right. So he suffered a chemical attack which caused the latent virus in him to mutate him into sweating Rocket Fuel which he could ignite at will.

Ying Yang and Silver Streak were pretty straight forward characters to make. Representing the Super Martial Artist and the Speedster.

Over all it was a fun series of campaigns.

mmmm 20 years from 1986? Sounds like an invasion is overdue.

Labels: Fluff, from the attic, gaming stories, Other Systems, superhero