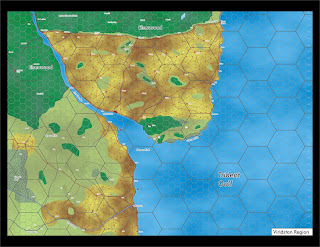 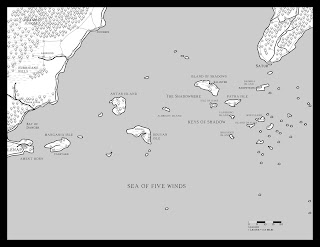 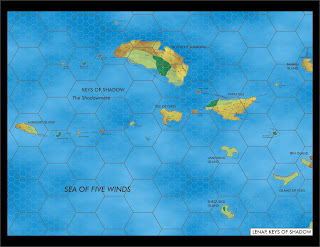 I normally give very little *necessary* info, and what I give centres on the immediate vicinity of the PCs. Starting small always seems to work best for long term play - this is the village you're in, this is the local area map, these are the local dungeons you know about. For the starting village I typically focus on (a) the Inn (etc) they're staying at (b) the local authorities and (c) any local sources of arcane & religious power.