Harn is still very much alive although still afflicted by Harntime. A in-joke among Harn fans about the length of time it between releases.

Both companies charge a premium price and to the Harn fan are worth every penny. I never been disappointed with the quality of a Harn release. Not sure when I will get to use an article on sealing and the type of Harnic Seals but just as much care and research was lavished on that article as it was on the recent Rethem Kingdom article.

An absolute gem is Lythia.com There are dozens of free to download files, the harn forum, and a page with links to many different harn sites.

Understand that whether from Columbia Games, Kelestia or Lythia all the different harn material are set during the same time. Namely the year 720 TR. This hasn't changed since the original release. The effect is that everything works together starting with the original Harn release in 1982.

As for the difference between Kelestia and Columbia Games, This was born of a split between the original Harn author N. Robin Crossby and the owners of Columbia Games. The reason are complex and many issues unresolved to this day. But both have avoided stomping on each other toes for the most part and through their separate efforts managed to effectively expand the Harn corpus.

As for who is in the right. My recommendation is to ignore it and buy from both. While Columbia continues to expand Harn proper, Kelestia focues more on Lythia the mainland continent and has some really good stuff like Venarive. Venarive finally gives a complete set of weather tables to handle all the different climates. I know Dwayne and Tim are excited to hear about that.

Kelestia also has started a series of articles fleshing out the mainland in the same detail as Columbia does with the Harn kingdom articles.


The combined efforts of both companies and the fans have produce a very rich and detailed low fantasy environment. Plus series like Harn Pottage and Friends, Foes, and Followers are easily usable in other Fantasy RPGs. A lot of the Majestic Wilderlands was inspired by the Harn and I am active fan to this day. 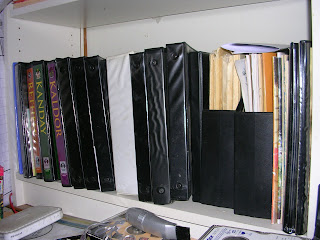 My complete collection of Harn Material stemming back to the original release in 1983. 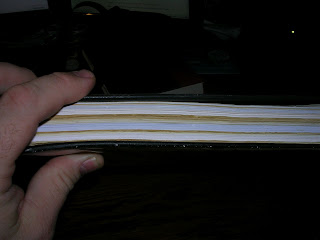 This is shows how much material is in the purple Kaldor binder. Kaldor is one of the kingdoms on Harn. 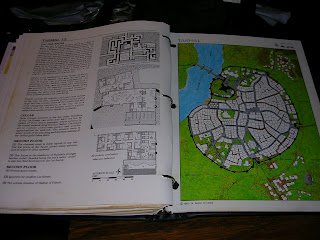 Flipped open to the article on the city of Tashal the royal capital of Kaldor and it's largest city. You can see the clarity of the different buildings as they are drawn as simple black outlines with a white solid fill. You could expand a building using a scanner or photocopies and use as the start point for your building map. Not show is the backside of that map which is black and white and designed to be photocopied for the players to make notes on.

For an example the type of detail that could be found in those buildings look at the free Tashal Eastside City Block on Lythia.com

You should know too that Columbia Games is giving away a gorgeous Harn map for Free RPG Day (June 16th). The back has tons of detail on Harn. It is the same basic yet complete map you get in the Harn setting books, simply gorgeous! With the basic details included on the back, you could start running a campaign just with the free map!

Which one of the binders has the rules for Cow Hunting?

I gave away my Harn collection last year. It had some good stuff, but I just never used it. For whatever reason, Columbia Games thinks I am interested in buying articles on cows and not articles on monsters.

OMG harn now that brings me back, it was always cold and raining.

Great intro information about Harn.
I just started recently (last year) to get interested in the setting and the system and it's always nice to meet new Harniacs. I've yet to play the game but I have a couple of interested fellows for a Play-by-Post game.