From the Attic: The first Wilderlands Campaign 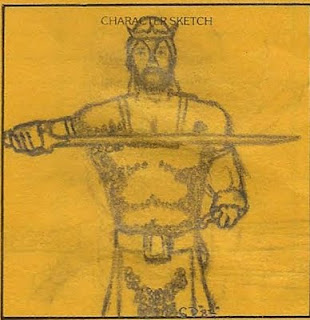 Every campaign has a beginning and it is no different for the Majestic Wilderlands. I knew I started the using the Wilderlands sometime during the very early 80s but wasn't sure exactly when. Now thanks to a fortuitous discovery by my long time friend, Brian, now I know it is was sometime in the early part of 1981 before March.

Brian found his original Holmes Box and Rulebook and inside the box were some of the original character sheets for Valeric (or Valoric depending which one you look at). Below is a copy of the front and back of his character sheet. 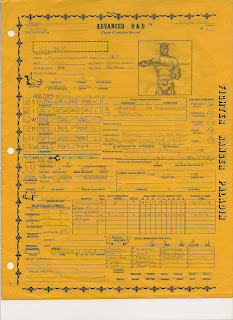 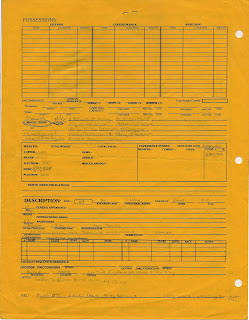 The campaign first started in Greyhawk. It revolved mainly around two characters, Brian played Valeric and another friend played a wizard named Blackstone. In Meadville at that time people hopped campaigns all the time so characters came and go. But Valeric and Blackstone were at the heart of this campaign. When they started to reach name level I decided to do something cool and make Valeric the lost prince of Furyondy. The king of Furyondy was killed and the whole realm fell apart leaving it open to the depredations of Iuz and the Horned Society.

The first few sessions were sort of OK. I was in 9th grade at the time and just didn't have the knowledge to do really do a cool political/military campaign. What I really hated is what I still call the "Howling Emptiness of the 30 mile hex." One of the character sheets shows this period of the campaign. 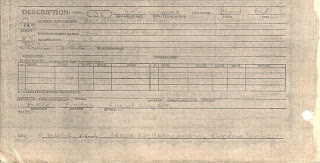 If Greyhawk was all that I had, I probably would have stuck it out and figured something out. But I also just got the Wilderlands of High Fantasy. And it had detailed terrain maps, traveller style listing of locales, the works. I could focus on crafting the politics and stuff I liked and rely on the Wilderlands for the low level details.

Below are the campaign notes I created. 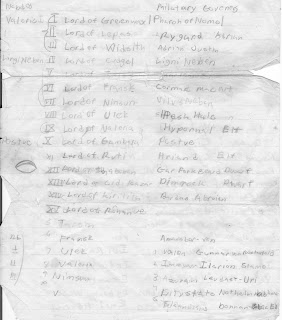 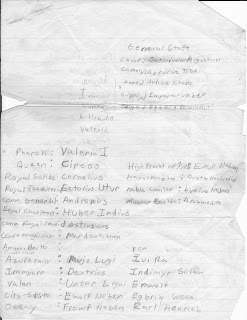 I bought two copies of Wilderlands of High Fantasy and drew further notes on the second set of maps. Below is an annotated map and here is a link to the original scans. 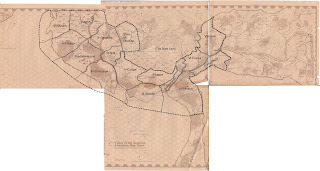 By far the best part was Brian not only finding Valeric's character sheet but also the original write up of Sunblazer one of the 13 Swords of Power. The stats in Majestic Wilderlands were based on my hazy memories. I knew it was a powerful and try to recreate it as best as I could. But the true original version was a bit well... you can see for yourself. 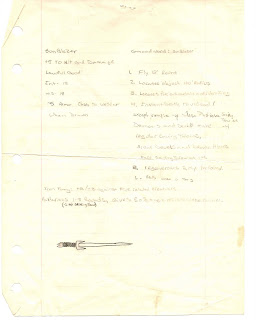 Plus as a bonus there is Iron Fang which I have no memory of. It might be something I handed out or something from another person's campaign. I think it is a dagger.

Iron Fang
+2 to Hit/Damage
+3 to Hit/Damage versus Fire
Paralyzes for 1d8 rounds, Saving throw at -2
Gives 50% magic resistance to the owner.

This campaign started at 4433 BCCC, the year all the Judges Guild products were set at originally. Every year of high school I advanced the timeline one year. When I went into College it was 4436 BCCC and during my freshmen year is when I ran the campaign that resulted in the paladin Endless Star killing the last Viridistan Emperor. For those of you wanted more detailed after reading the Nome entry in the supplement, I hope this helped.

Thanks to Brian for digging this up and letting me take all of you down memory lane.

Nice post, Rob. Two years ago, I bought the 1e Monster Manual 2, to replace a copy that I had sold long ago. Inside, I found a bunch of yellowed sheets of notebook paper with sword descriptions and an underground lair of some sort. I have always wondered whose history I stumbled upon.