Traveller stuff that I haven't completed

My day job is being a software developer. I create software to run metal cutting machines. This spills over into my roleplaying particularly Traveller. However I never seem to have to the time to actually finish anything. It takes a bit of work to push software over from being a fun toy to something that does useful work.

Here some screenshots of I have done. 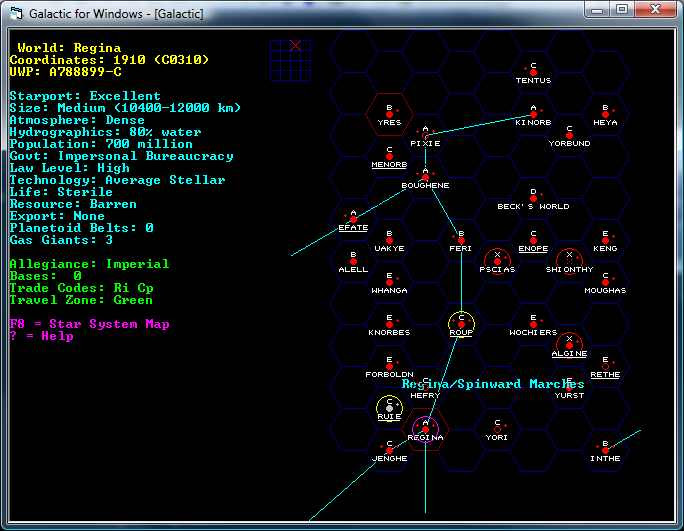 This is Galactic for Windows. It's probably the most complete and function well as a viewer of the Galactic directory structure. For those of who are not familiar with the program it stores everything in folders on the hard drive. The advantage of this approach is that it can manage truly large areas of space. What not complete is much of the generation and editing features. Also it has a partial QuickBASIC simulator inside of the Visual BASIC 6 code which is why it is compatible with Galactic for DOS.


There are also two other distinct family of programs I developed you can see them in the lower left and lower right. 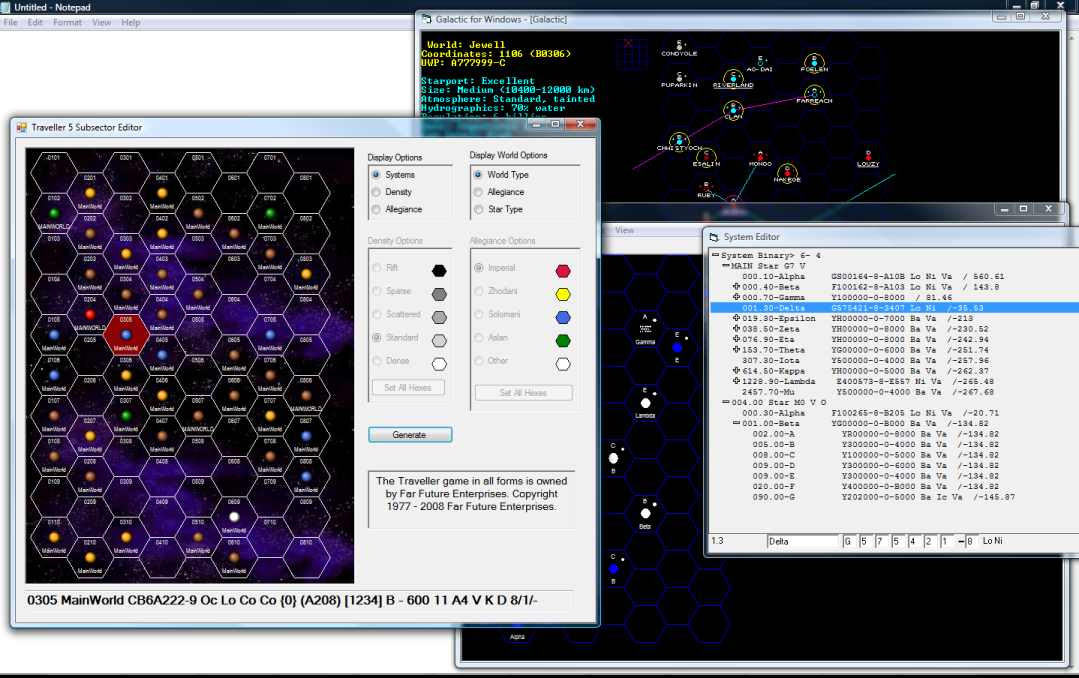 The one in the lower right does complete generation of star systems down to last planetoid. This particular version uses Book 6 Scout rules. Another feature is that I don't roll up the mainword first. Instead I roll out all the physical characteristics (Size, Atmos, Hydro) figure out the tempature and then proceed with the population, gov, law level. What this results in is a nearly empty universe. In a 32 by 40 hex sector there may be 2 to 3 earth like world, double that are bare inhabitable and the rest various hellholes and vacuum rock balls. This was written Visual Basic 6.

The framework I developed for this I adapted to the 3rd edition GURP Space rules. It too generated the worlds physically and then the population afterwards. Same empty style universe. GURP rules has a nice feature that it generate astrographic features as well (nebulas, etc)

The lower left was written as part of me learning VB.NET. It started out as GURPS Interstellar Wars general and and a second version as Traveller 5 generator. I feel it is the most visually appealling of anything I done so far.

If anybody interested in the source for any of these email me.

Oh if anybody wants a nifty ship for Mongoose Traveller you can download the Luminous Nebula from here
Posted by Robert Conley at 5:51 PM

Oh gosh wow I love your Galactic for Windows! I'm pretty sure there's thousands of Traveller fans who would kill to see that finished :D

I am not making any promises but I will see what I can do.