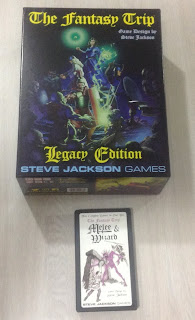 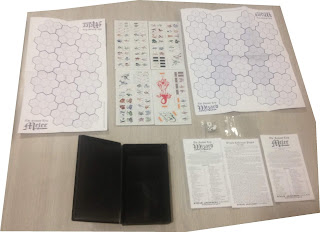 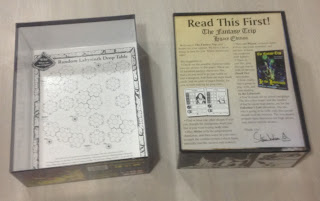 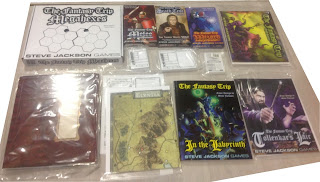 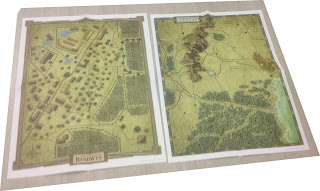 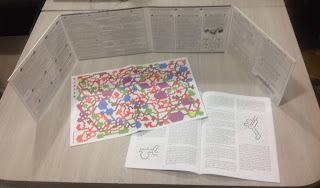 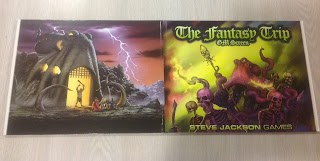 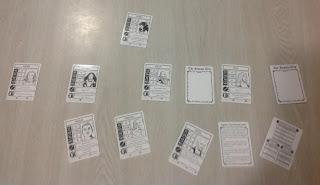 Wrapping it up.
Right now I am in the midst of preparing Wilderlands of the Magic Realm for publication. Once I get that done, I will setup some of the counters and megahexes and do a run through of the system.
Posted by Robert Conley at 7:06 PM

I have no experience with (and hence no nostalgia for) the FT ... but that box set looks amazing!

Thanks for going through your box. My copy of the Legacy Edition is supposed to get here tomorrow. I can't wait.

I got mine Saturday morning, and my email telling me it shipped about 10 hours later.

I got mine on Wednesday afternoon and the email on Friday night!

I did get the I Want It All package, because I remember the game fondly from the early 80s. The play mats are very nice (they don't slide around the table the way a paper mat can) and I really like the hardcover rule book. If I'm explaining the game to new players, there are two copies so they can follow along.