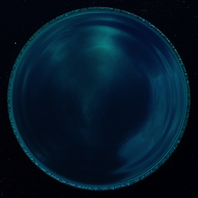 Posted by Robert Conley at 3:23 PM

Campaign nothing, I want to read that book, you need to go ahead and write it now that you through it out there.

You must check out my Sci Fi RPG STARCLADS. It can do what you want it to do.

Good seed idea! Let the games develop the future plot, not the other way around! :-)

Depends what on Earth of 65 million years ago. Something built the wormhome mechanims. :)