Emily turned her edits over and I am going through the comments and corrections. Another back and forth should do the trick and meet the completion data of October 31st for the edits. I will also do the update the quick reference cards.

I learned that Richard Luschek has a Patreon and subscribed to it. In addition, he selling some of his art through his Patreon. Thanks your generosity in supporting this kickstarter,  I bought a few of them for the interior layout as I can use a few more character pieces and I like his work a lot.

This is Samil the House Man which I plan to use in the section about hirelings. Somebody has to keep track of the party's finances.

Posted by Robert Conley at 6:10 PM No comments:

I am a long time fan of Richard Luschek's work and hired him to illustrate the cover pieces for the Basic Rules for the Majestic Fantasy RPG. Recently I learned that he has started a Patreon to share some of his personal work. So far he has posts of character images and stories from the campaigns he has been involved with.

I am supporting him and looking forward to seeing what he shares in the future. I hope some of you will support him as well. 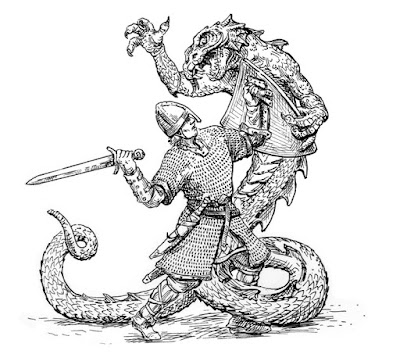 Posted by Robert Conley at 10:36 AM No comments:

Our AI future and Tabletop Roleplaying 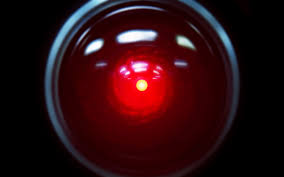 What I hope for and think will happen, is something like this.

So you want to create a setting and populate it.

Most folks I know generally has two or three dozen ideas going into this. It may be more but there is some limit. Once you start working beyond this limit it become a bit of a chore and not fun as a hobby. The good news is that most of time you can start small. If you keep the result of what you do for the next campaign then within a few years you will find yourself quite a bit of detail for your setting and that was fun to create.

In my experience a lot of the reason this stuff is not fun is because it is repetitive work. It fine when you describe the first handful of shopkeepers. When you try to describe the 20th often it is not as fun unless some time has passed to recharge your creativity.

A great set of random tables can overcome much of this but even they have their limit. For example Traveller does a great job of generating sectors. But even that process breaks down if you tried to use to generate an entire Imperium of 16 sectors or more.

You tell software or webpage take what you already thought of. Then it will generate the rest around it. In addition after it done, you can review the results and have re-generate the elements you don't like.

Maybe the result is partially there but needs to be tweaked. So you edit it and then have it regenerate the rest of that specific element. As a bonus it would be nice to drill down to the level of individual character.

What make this possible, is something I noticed about the best random tables. That they seemly capture the author experience with the subject of the table. Whether is something specific like traps, or magic items. More general like a dungeon maze. Or expansive as an entire galaxy worth of sectors.

While it doesn't replace our creativity, random tables allow us to extend it by using the wisdom of the author of the table. The same with the use of AI software.

Now that I can see being very useful tool for the hobby.