Because if that is hard then everything RPG related is in trouble..
Posted by Robert Conley at 12:11 PM 3 comments: 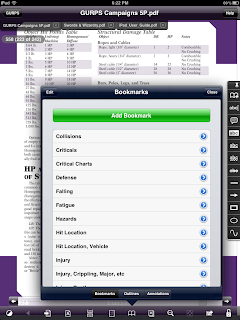 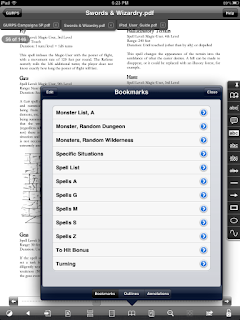 The bookmarks are chosen on the basis on my experience on what I looked up the most during a session. I will working on the Swords and Wizardry Monster Book and a couple more of my GURPS pdfs. One nice thing about the Core Book on other GURPS PDFs is that they have a nice table of contents already built in.
Posted by Robert Conley at 6:00 AM 10 comments:

And I got one for Christmas. It was my one and only Christmas present this year given to me by my entire family.  My wife Kelly Anne organized the effort and I can't thank her enough. Tomorrow I will post some details on how I am going to set it up and what I am going to use the other computers I have for.
Posted by Robert Conley at 1:10 PM 5 comments:

To all, my family and I wish you a Merry Christmas.
Posted by Robert Conley at 11:06 AM 2 comments: 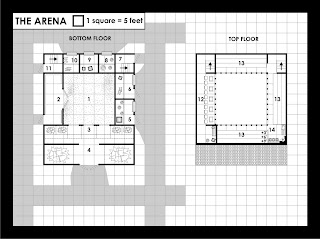 Hope this is useful.
Posted by Robert Conley at 6:00 AM 4 comments:

Download
Posted by Robert Conley at 6:00 AM No comments:

I am making a expurgated copy of the text I wrote. When I finish I will share it.
Posted by Robert Conley at 6:00 AM No comments:

I got the PDF and will be posting my impressions later. One nice thing they right off the bat is format it for digest size which makes printing little booklets of the various chapters easy.
Posted by Robert Conley at 9:46 AM No comments:

When you create a fan publication you can choose either license to use. The Creative Common license should make it either to release a Blackmarsh related fan publication for a RPG that doesn't have an open license. Please check the Game Publisher's policy on fan publications first.
Posted by Robert Conley at 6:00 AM No comments: