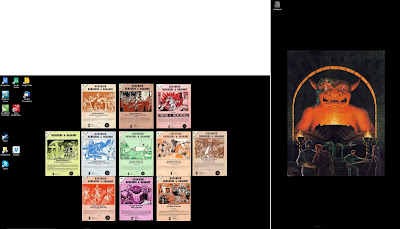 What you do is copy all the images you want to C:\Windows\Web\Wallpaper\Windows
Do a multi-select by selecting one of the images and then select the other while holding down the CTRL key.
Then right click and select Set as desktop Background.
Then will have multiple images for multiple monitors.
Posted by Robert Conley at 11:20 PM 1 comment:

Next Post will be on how I designed and drew the map.
Posted by Robert Conley at 8:21 AM No comments: