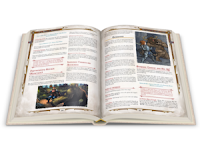 Head on over to the kickstarter and listen to Doug's pitch and see if it something that interests you.
Posted by Robert Conley at 8:41 AM No comments: 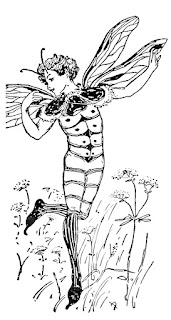 The Elves and the Faerie
When the Wilderlands was created there were two sentient races; Elves and Men. The Elves were born as the glory of the Wilderlands, as a shining example of the potential of life. They were given great gifts however the price was that their fate was tied to the Wilderlands. One reason is the innate magic of the Wilderlands sustains their immortality and other gifts. Because of this, the elves feel kinship with the faeries, and in general will help them fulfill their nature. For the faeries that have the negative emotions as their nature the elves will still help them but try to do it in isolated locations far from the other races of the Wilderlands. Many elves realms have a large population of faeries.
Posted by Robert Conley at 8:29 AM No comments: