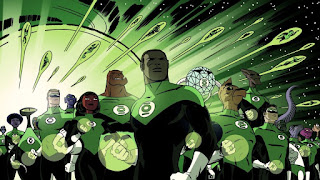 Personally "fighter" does everything I need to build Aragorn in Holmes, B/X, or AD&D, but I appreciate your notion of unabashedly taking the class back to its literary roots.

In a 3rd+ edition game I see even less need for this as a separate class given all the skills, feats and other doo-dads that can be added.

But the custom-built, "to each his own" nature of D&D as a tool set for the hobbyist to tinker with endlessly is probably the games best feature ... well, that and the cool monsters :)

Just illustrates the basic problem inherent with classes rather than individual characters who have different abilities and grwlow differently, as you might get with Traveller or a BRP-type system. Not a fan of classes for this very reason. One of the great weaknesses of D&D and its clones and ripoffs.