My Dwarven Forge City came in!

Last year, I bought into the third Dwarven Forge kickstarter. The first one focused on the dungeon, the second on caverns, this one focused on cities. Last week, I got my order in and then took it down to my friend +Dwayne Gillingham for the unboxed.

The boxes before being unwrapped 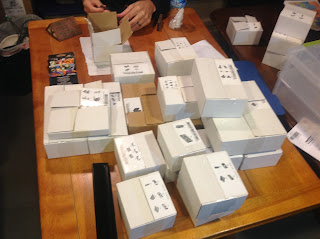 After it all sorted and placed within containers. Note I am using the same storage I used for the previous Dwarven Forge stuff. 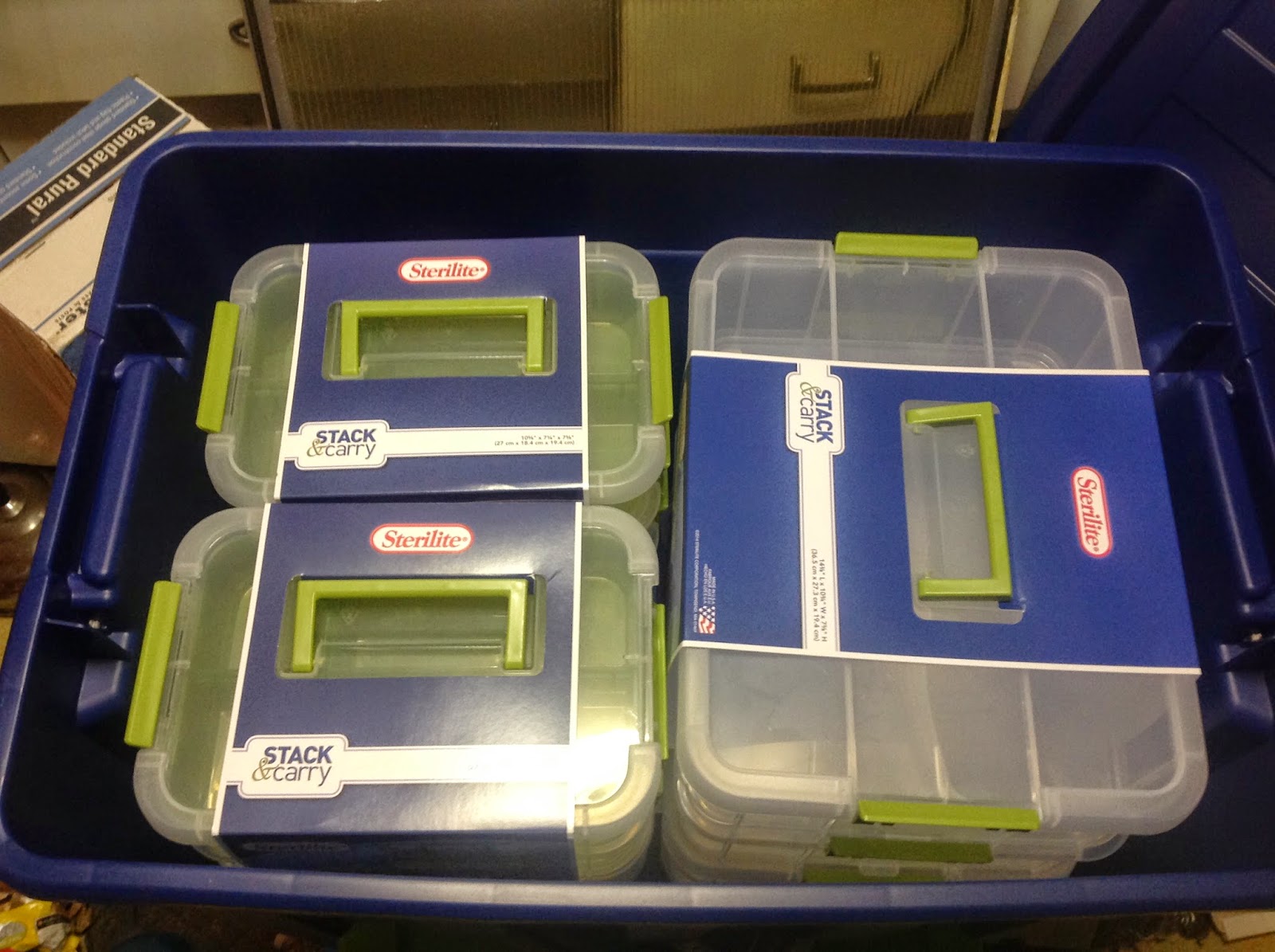 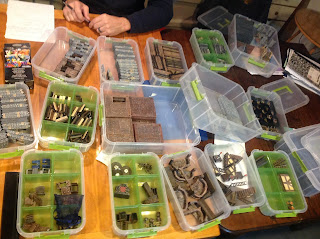 Finally what a tavern looks like built from the pieces. 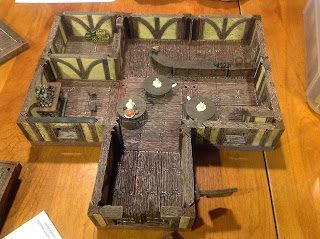 Verdict? Mixed, on the one hand Stefan Pokorny developed an absolutely brilliant system of building city terrain. Warping was present but minimal and overall the quality was excellent. But even buying in for several hundred dollars, the amount of square inch coverage I got was vary disappointing.  I could be hard pressed to build even the haunted house from U1 The Sinister Secret of Saltmarsh with.

Partly this was my fault as I dropped down a pledge and opted to get more add-on for what I budgeted. Figuring variety would be more important than square inches. However until I unboxed I didn't figure it would this low.  Analyzing it with Dwayne, I will probably grab few more floor pieces especially stone floors along with the associated corners.

Another factor for me is that I already own some resin Medieval building sets which will be used to make more intricate buildings. The base tile of the DF City Builder System is a 4 inch by 4 inch square representing a 20' by 20' area. Plus I already own a lot of dungeon pieces that I already effectively used to create a cityscape as shown here. 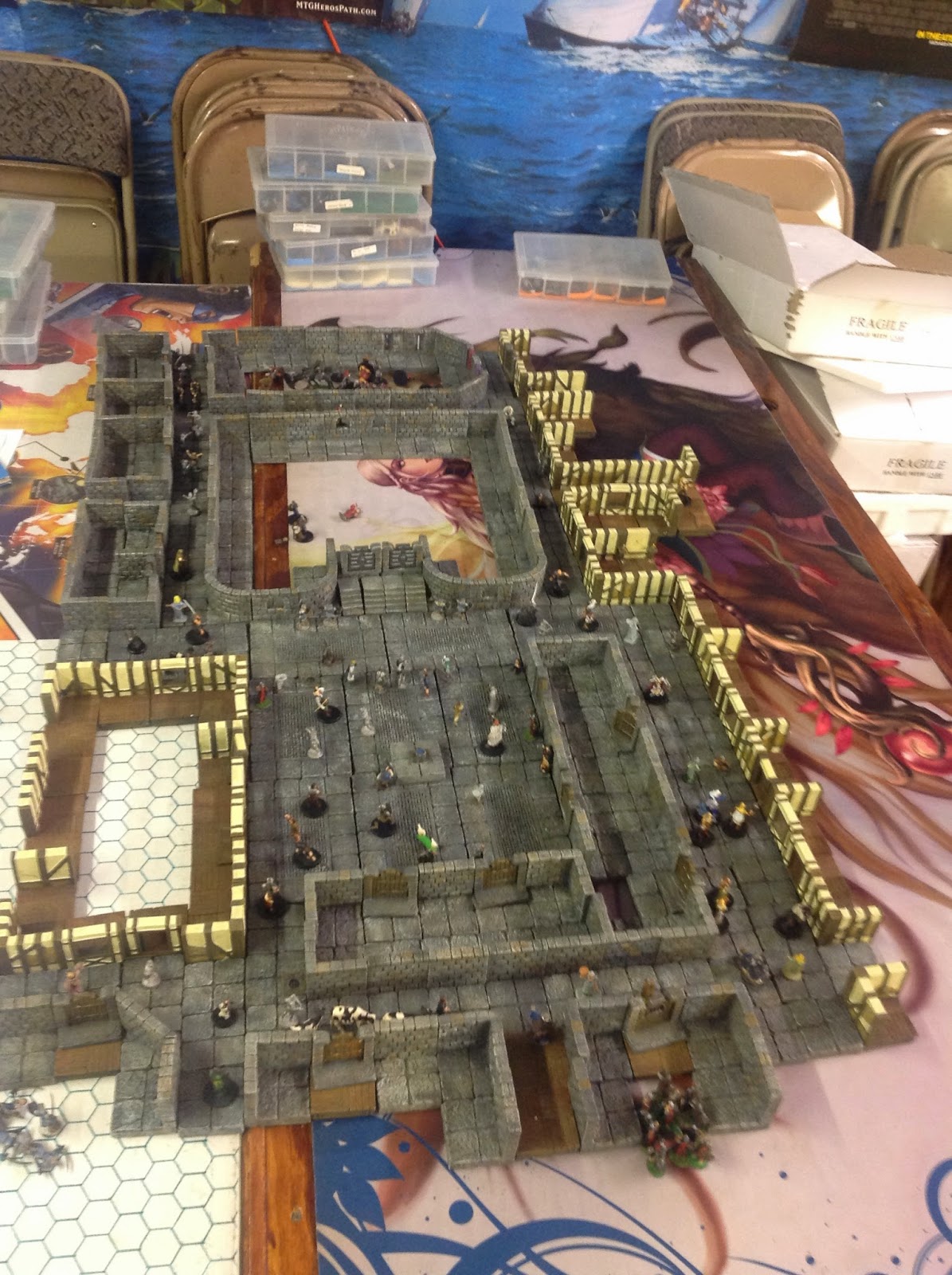 If you do have the bucks what Dwayne suggested is to have pre-built building or even city blocks and then just move the whole assembly into the session. What I plan to do is just layout individual floors and perhaps go up in height when there is a balcony or an overlook involved.

If you have the money this is the stuff to build cities out of. But if you want to cover an area in a diorama fashion then be prepared to shell out the bucks. Go for the biggest base set over buying smaller and more add-ons. Especially if you already own terrain, props, and miniatures.

Posted by Robert Conley at 2:37 PM

Have you messed around with the Hirst Arts stuff at all?

@Unknown, yes for dungeon props and furniture. I used the small block set to makes some items including a christmas gift for my sister.

Ever checked out DMScotty's cardboard terrain on youtube? We've got a whole group at dmscraft around crafting tiles on the cheap (your mileage may vary depending on talent). Cardboard crafting is easier than hirst arts stuff, cheaper than dwarven forge, and can easily help you fill out your set for more square inch coverage.