Of Overlords, Kings and Barons, Building a Feudal Setting Part 3 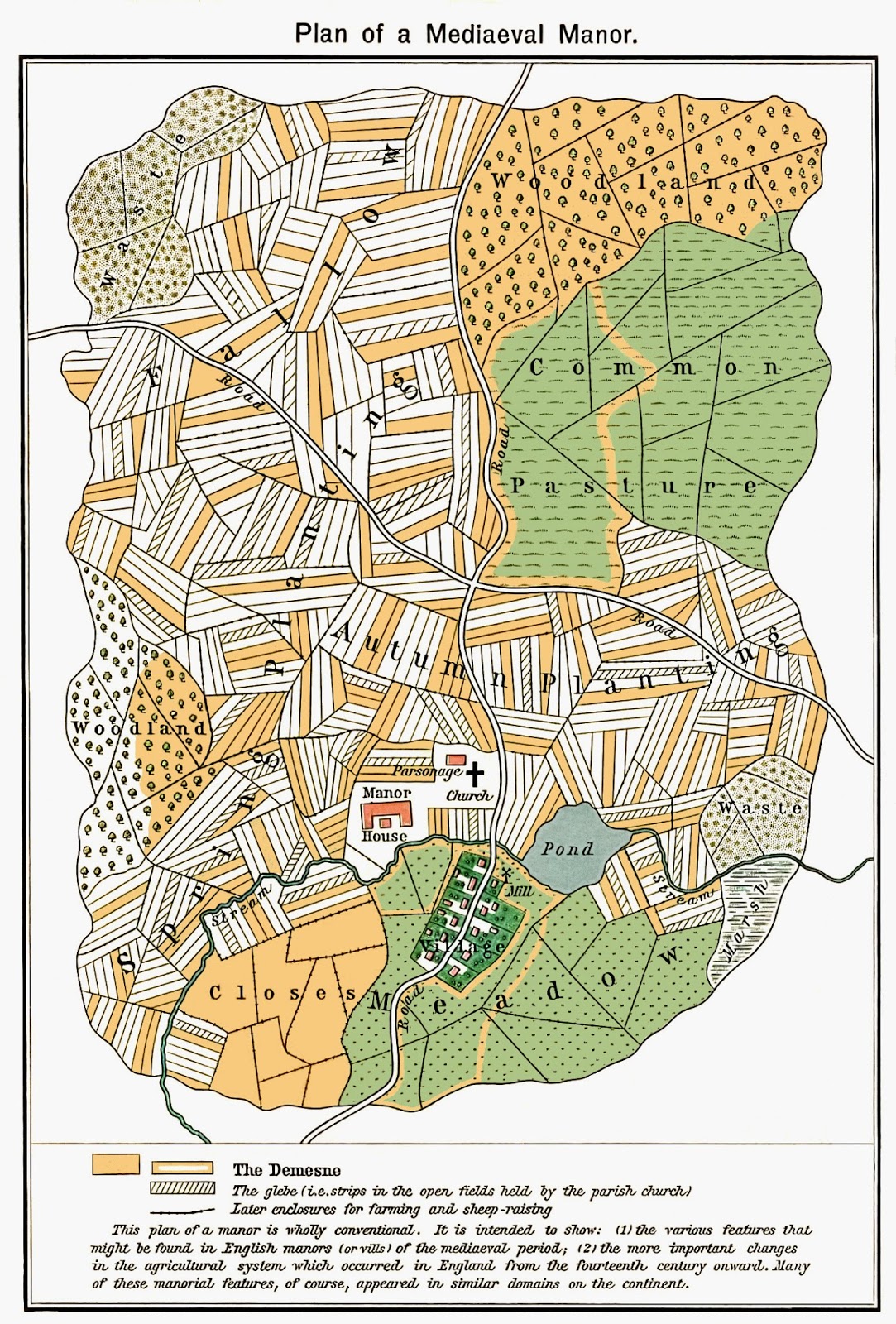 The feudal lords need assistance in managing their estates and domains. The job is simply too big even at the manor level for one person to handle.

The basic unit of feudalism is the manor. Anywhere between 1,500 to 3,000 acres it averages around two dozen households farming enough land to support a mounted warrior along with his squire and two to four yeoman on foot. It is managed either directly by its holder, usually a knight, or by a baliff who is paid a salary and sometime a portion of the annual income.

The knight or bailiff also acts a judge and jury for the manorial court. It deals with civil offenses (grazing animals where they shouldn't be, collecting wood or plants at the wrong times, etc) and misdemeanors (drunk, late to work, breaking tools, fighting). The usual punishment is usually fines with the occasional shaming punishments (like stocks). More serious offenses like murder are handed over to higher level authority. Although lynching is not uncommon paralytically if the accused is unpopular for some reason.


To assist the knight or bailiff are the following

The Reeve: The overall manager of the villagers. The office is usually given to the peasant with the largest number of acres or rotated annually if there is a number of peasant with equal large holding.

The Beadle:This is a peasant, usually a yeoman, in charage of keeping the peace in the village/hamlet, and to collect any fines imposed by the manorial court.

Woodward: In charge of managing the woods and wastes of the manor. Makes sure there is no unauthorized cuttings, that herbs and plants are harvested correctly, and that animals are grazing in the right areas.

Hayward: In charge of the croplands. Making sure that the boundary stones are set correctly, that common tools like the plow are in good shape, and inspecting the day's work to make sure it done right (like weeding, plowing etc.) Usually the most experienced peasant is the hayward.

The last is not a formal office but a feature common to many manors and that is the village priest. The priest will have a home,a site of worship, and some land to support him. The priest would be expected to put in some labor towards plowing, planting and harvest but would be excused from other duty in favor of his religious duties.

Yeoman are similar to the village priest except they are excused for training and military duties. Often they are considered to be free and are not technically subject to the manorial court. Any dispute between a knight and his yeoman should be handled by the knight's feudal overlord or even the king's justice. However in practice with everybody living in the same small village the yeoman will defer to the manorial court particularly if it is a civil offense or a violation of one of the customs of the manor.

Above the manor are the great feudal lords (barons, counts, dukes, kings ,etc) who are concerned with dozens of estates as well as their own personal affairs.

I will talk about this in the next post. Also I will be talking about market villages, towns, and cities.
Posted by Robert Conley at 12:46 PM