+Tim Shorts over at Gothridge challenged all map makeers to show their favorite map. I actually have two.

The first is the Isle of the Blest of  the City State of the Sea Kings. 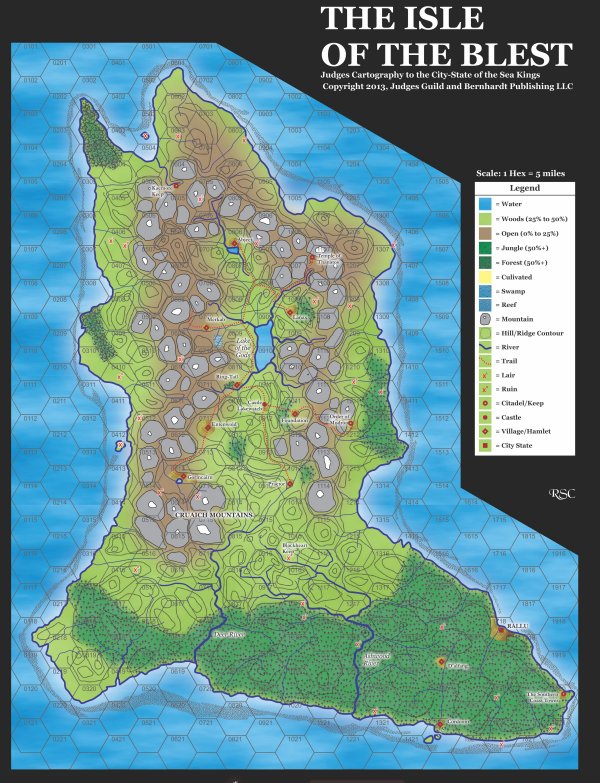 The original incarnation of Judges Guild produce modules under the Wilderness series. Each book took an area of the Wilderlands and extensively detailed it. Mines of Custalon and Spies of Lightelf were first two books. One of the details was the use of the Judges Guild Hexagon Mapping system to flesh out the interior of the various 5 mile hexes that book focused one. 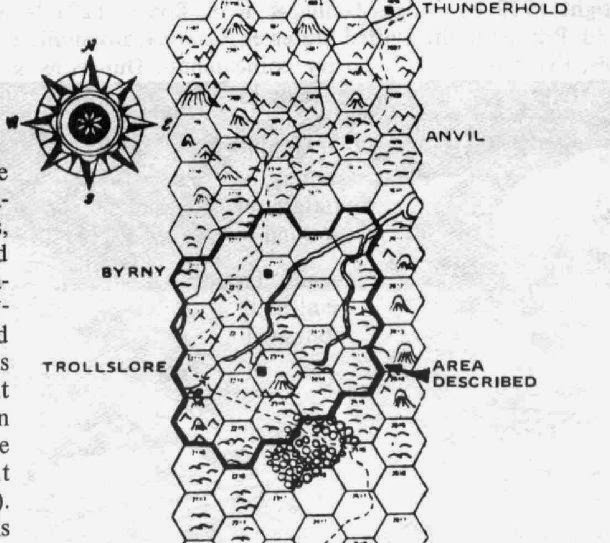 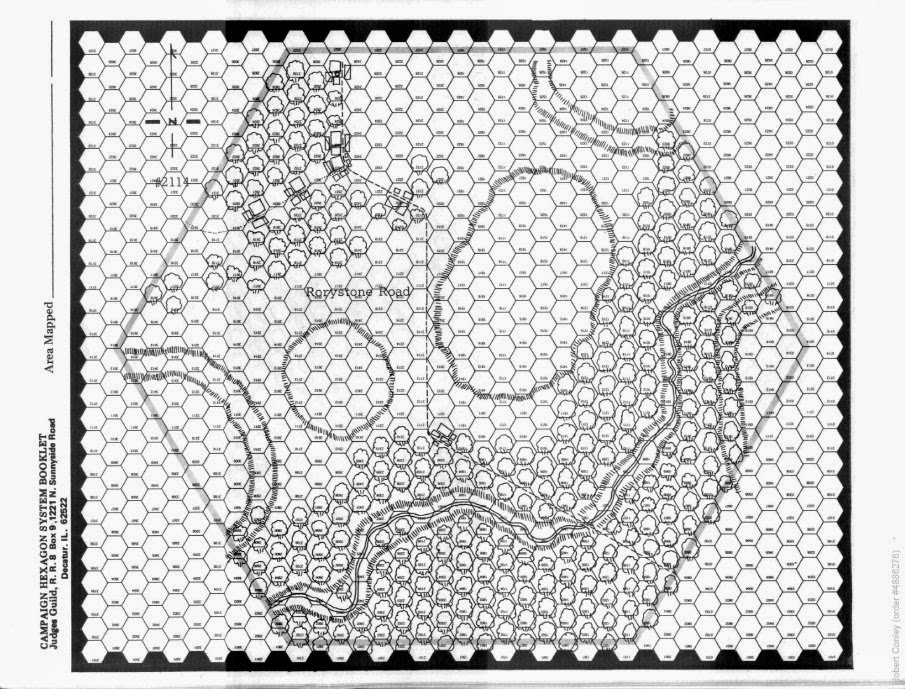 The Isle of Blest map for City State of the Sea King.was going to be a poster map making each hex over 1 inch. I figured with all that room why not draw it like the Wilderness series but update it with color. What made even more doable is that the Wilderness series maps were pseudo contour denoting slope. Similar to old style hachure maps. Full contour maps are finicky to create and do right by hand over the scale of something as large as the Isle of the Blest. Another challenge I wanted to overcome is better use of color on my maps.

The successful completion of this project not only led to the satisfaction of coming up with a new style, in color no less, but also to the license from Judges Guild that allowed to publish the Majestic Wilderlands and Scourge of the Demon Wolf. Finally it led me to be invited to help with the project to come up with new official maps for the original Wilderlands.

My other favorite maps is actually a work in progress. 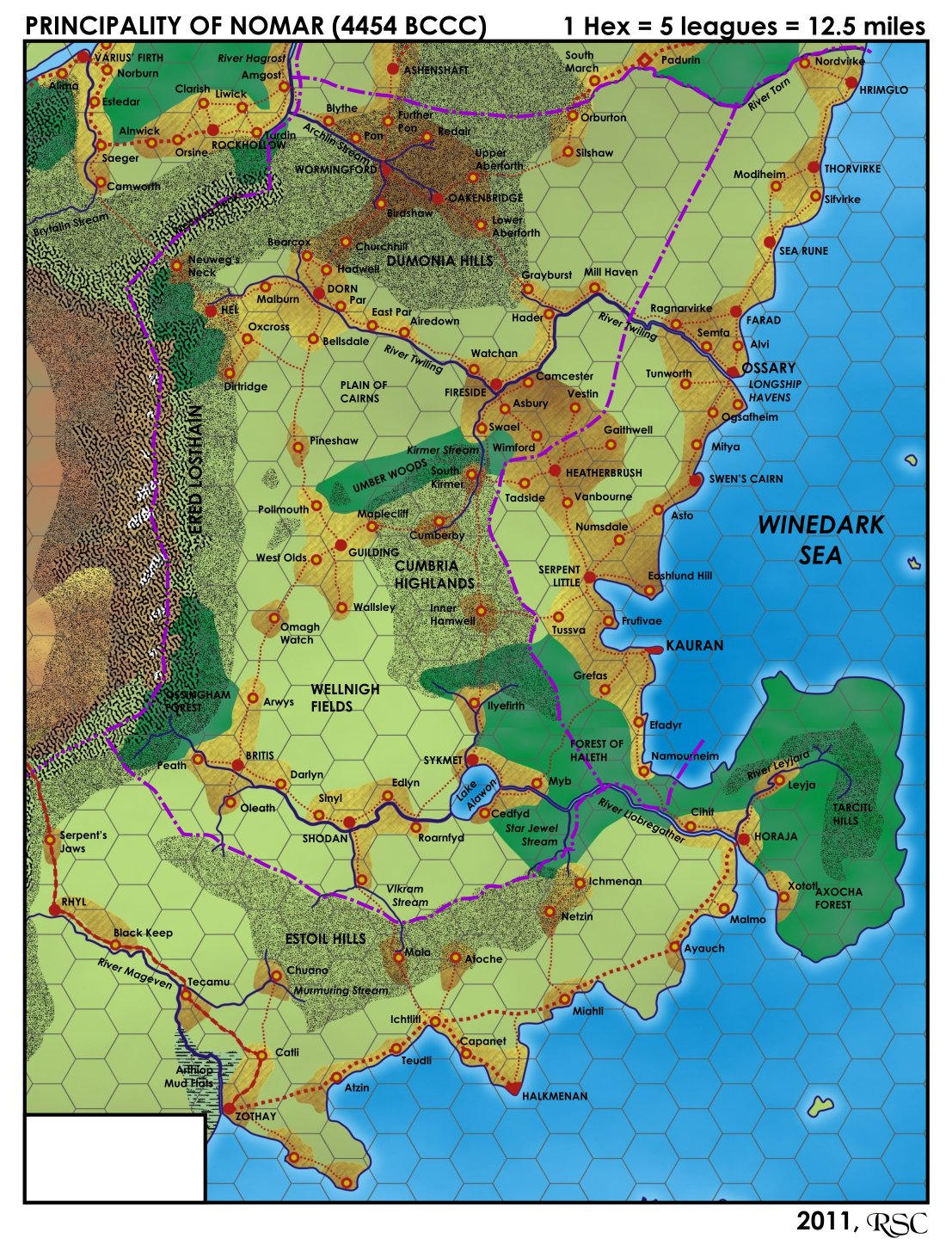 Looks pretty complete? But it is actually a section of a much larger map that I been working off and on for the past couple of years. The map to the main campaign area of the Majestic Wilderlands. 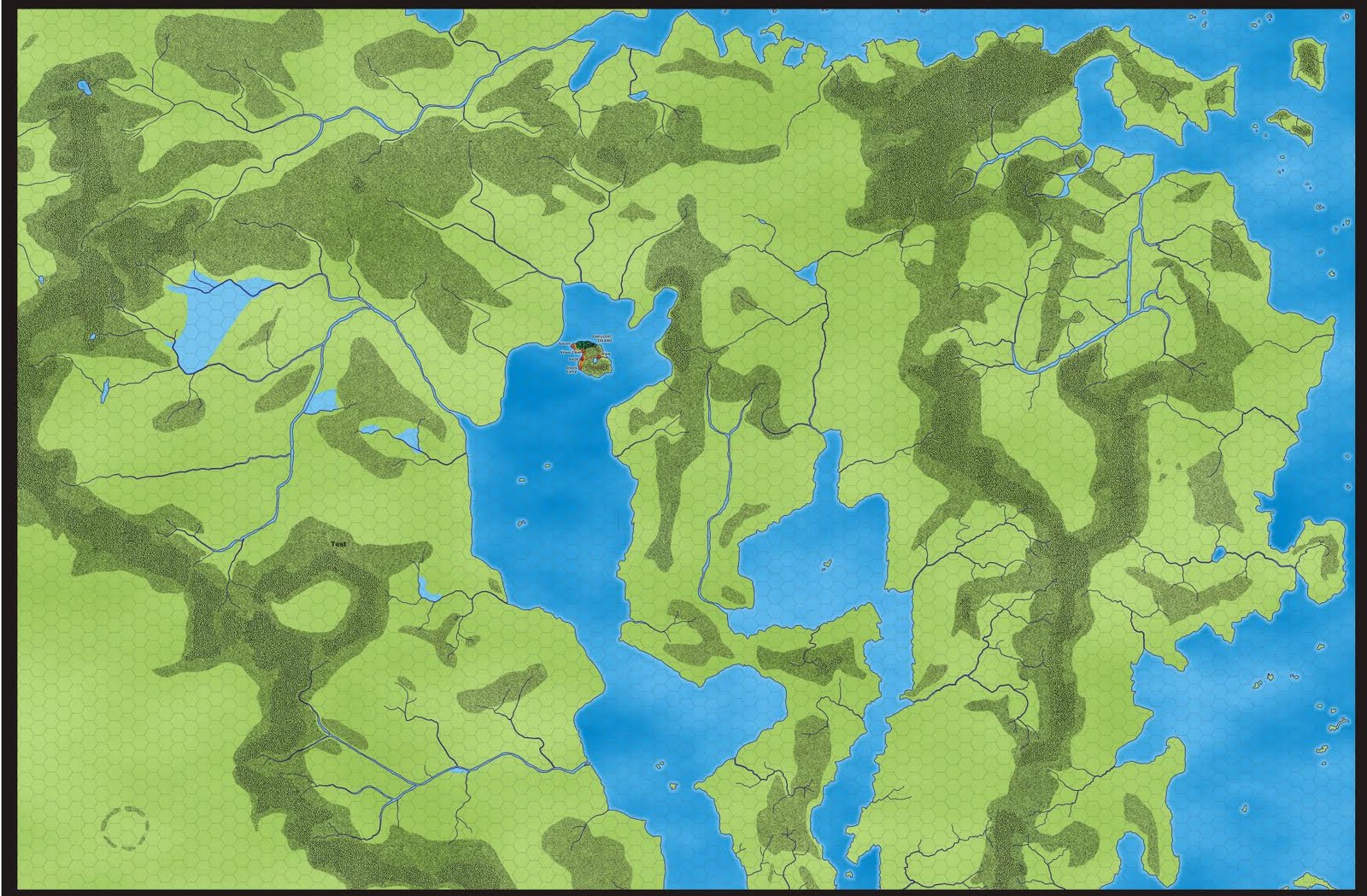 I like the Nomar map because it represent the current pinnacle of the work I been doing ever since I made the Wilderlands my main campaign. 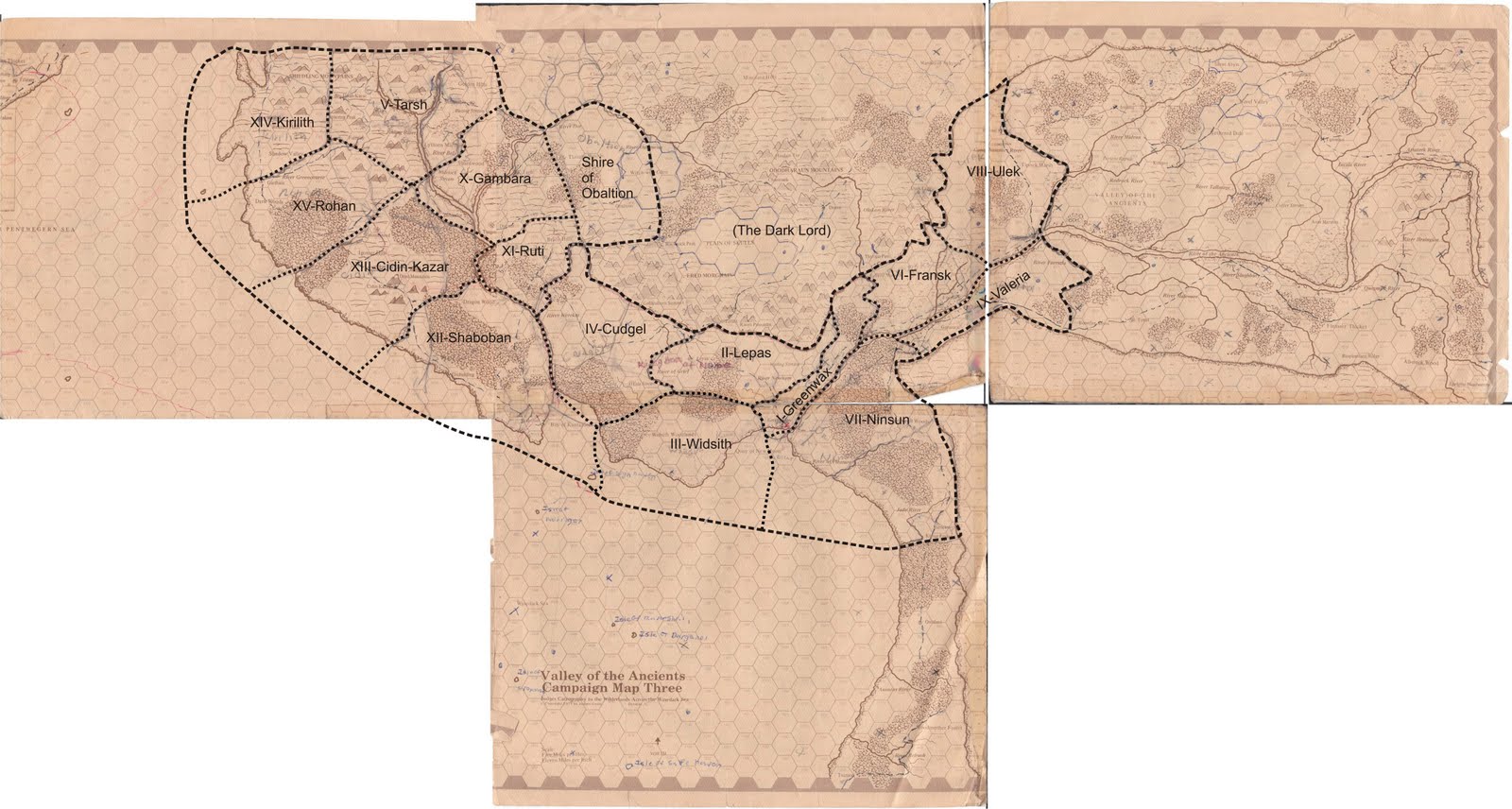 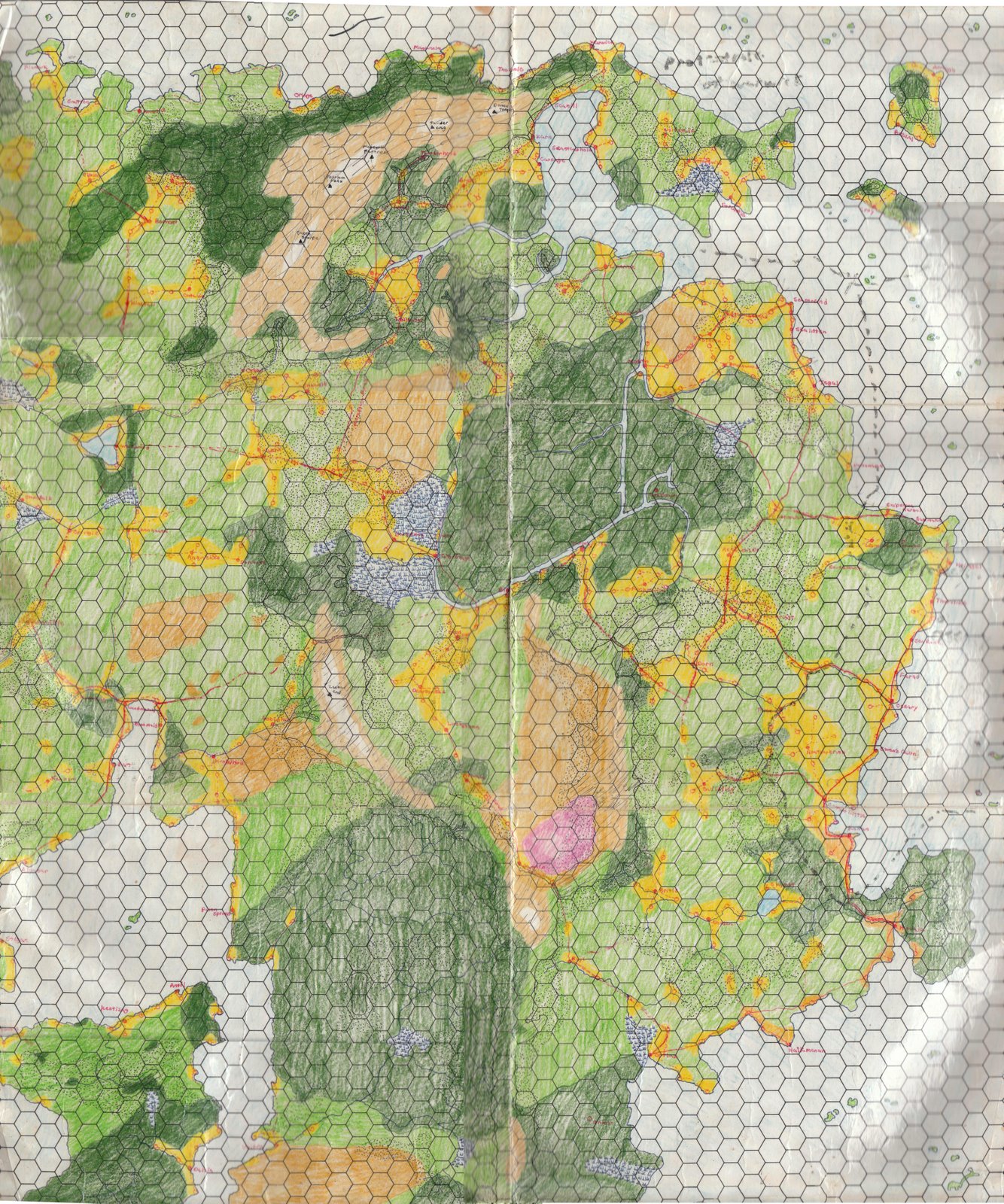 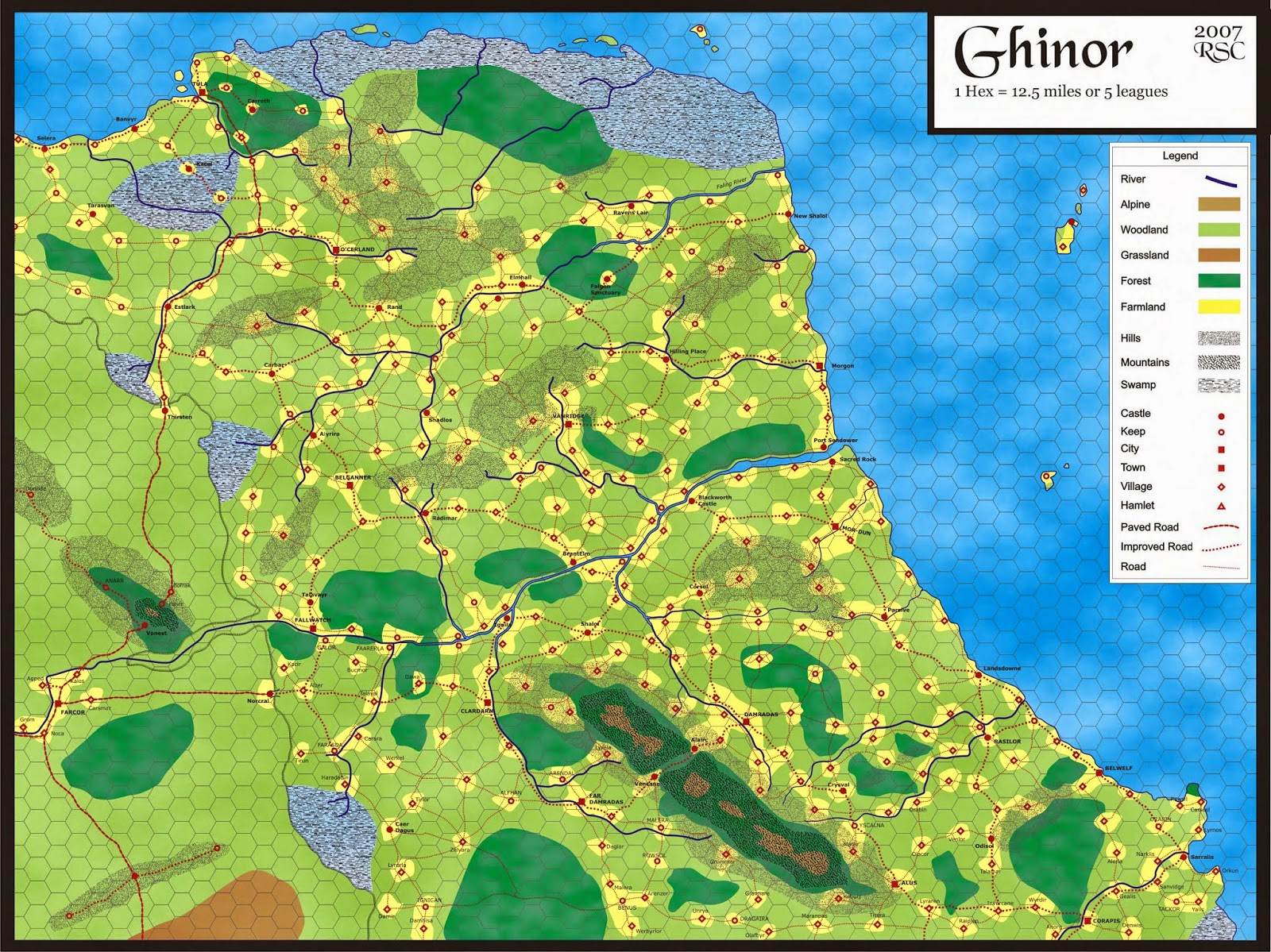 Then to the Nomar map above.

Finally this map gets an honorable mention. This was going to be the foundation map for the Majestic Realms. The Majestic Wilderlands with all Judges Guild IP stripped out but then I got the license which was not only cool of them but made it a lot easier to write the supplement. Instead of the City-State of the Invincible Overlord I had the City State of Eastgate (the name coming from Tim). Instead of Thunderhold, I had Hammerguard Keep named after the best dwarven PC ever to play in any of my campaigns, Zephrus Hammerguard. 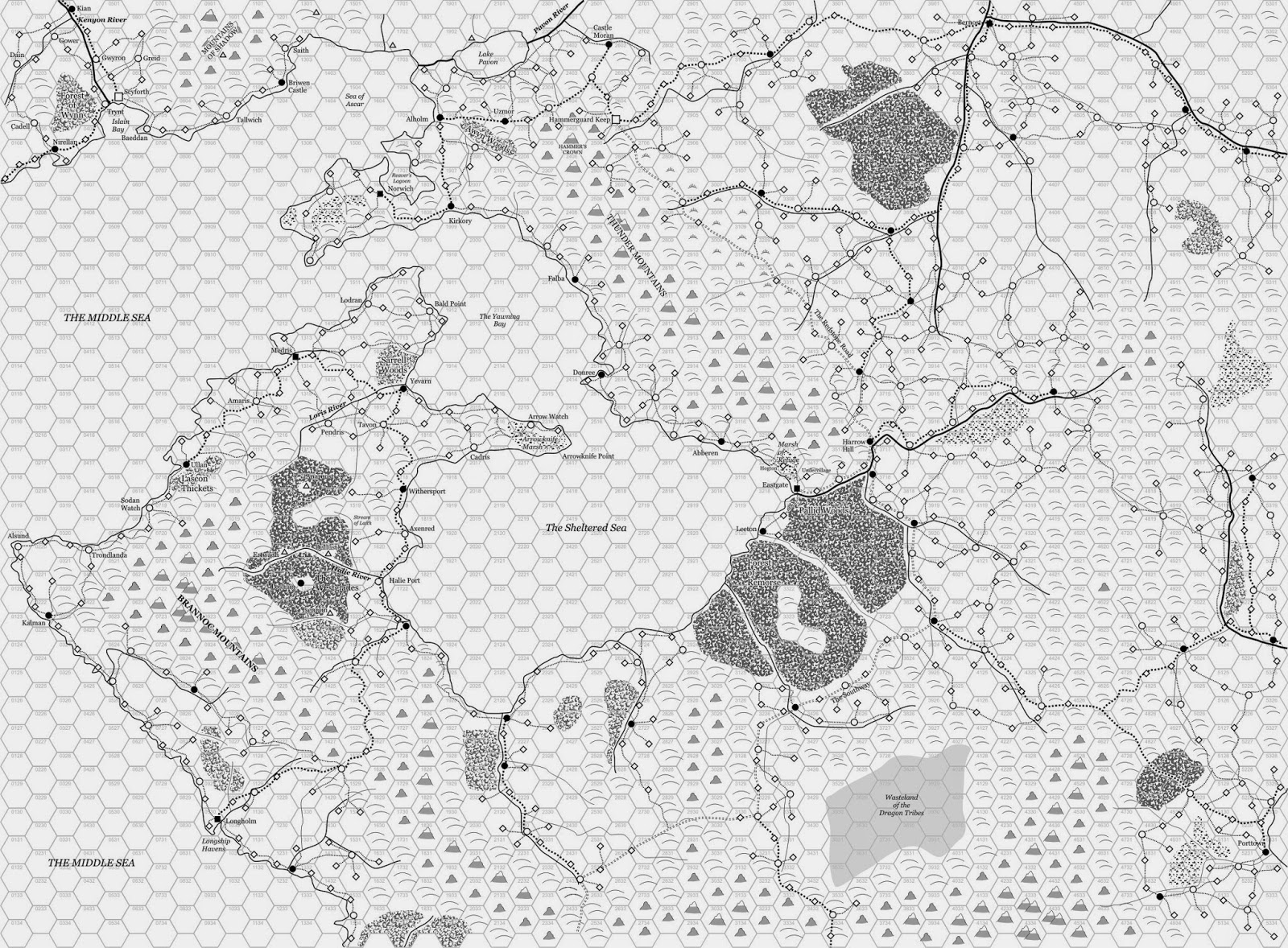 I plan on still using this sometime as part of the loose setting behind Points of Light and Blackmarsh.

So there you have my favorite map err maps.

Posted by Robert Conley at 9:29 AM

Can you tell us more about the Majestic Realms? It sounds intriguing.