Another D&D 5e and Harn Day! 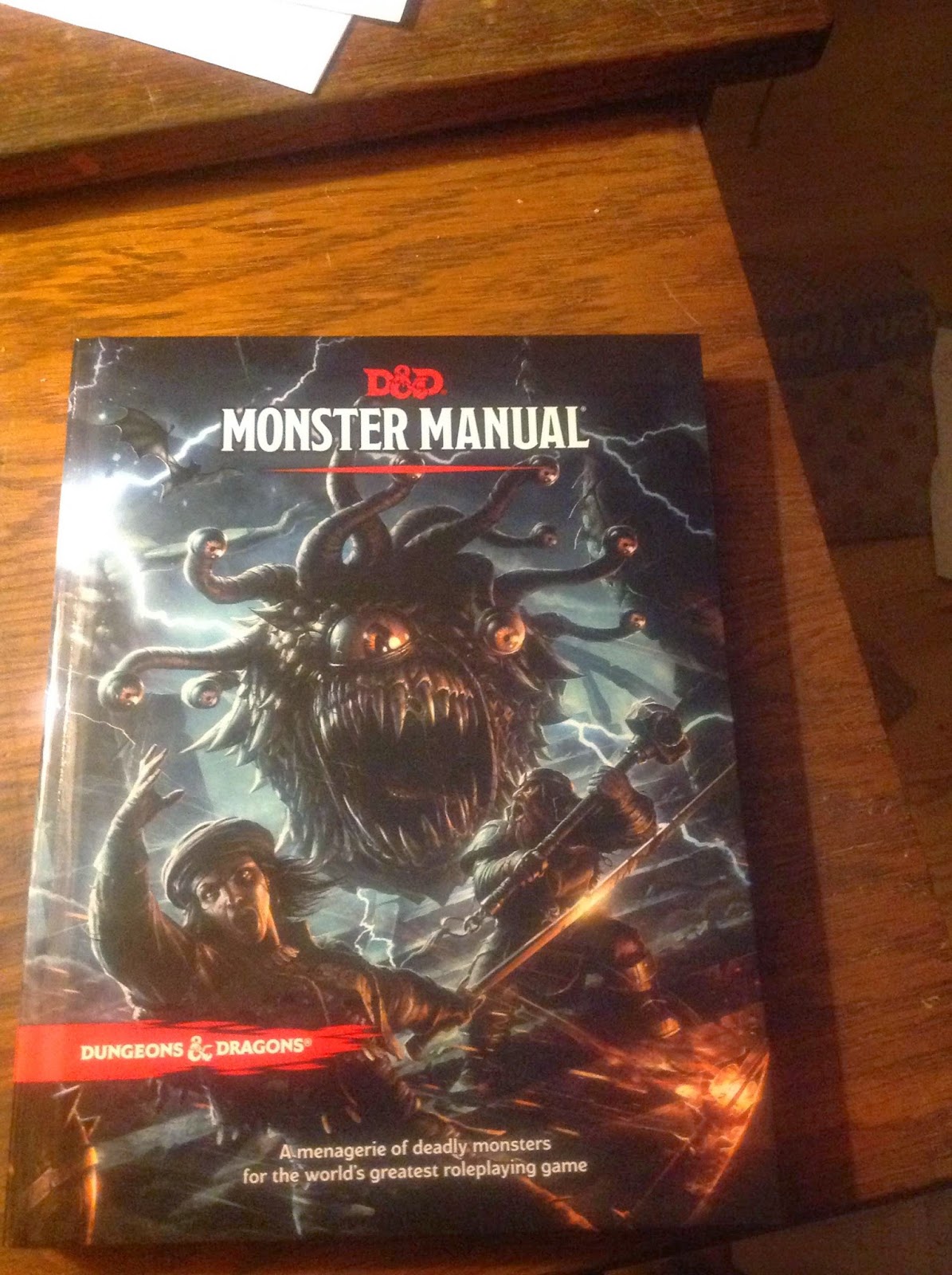 First off the D&D 5e Monster Manual. Reading selected entries it is pretty awesome. An A+ Monster Manual regardless of editions. While it a pricey for what I about to suggest the text is such that it useful as an idea generator for older editions including the OSR rulesets.  But if you were going to get it anyway you going get more utility out of it than just for 5e. There even one set of mechanics you can easily adapt to an older editions the various Lair Actions and Regional Effects caused some of the more powerful or distinct creatures. 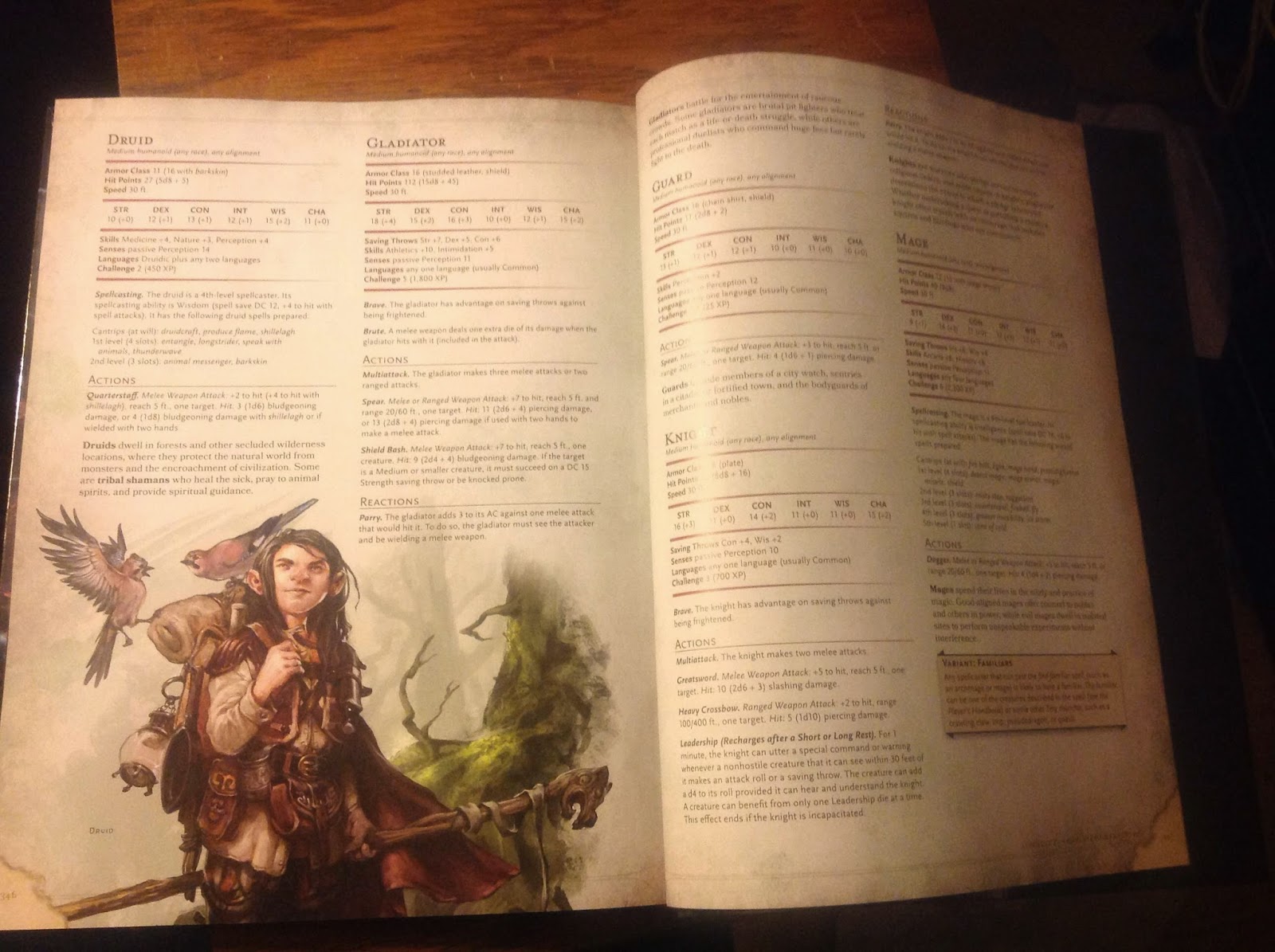 This happens to be my favorite section which is the NPC listing in the back. Combine with a specific race or creature and you got a easily made distinctive characters for your campaign.

The downside of the Monster Manual? Well despite the shear quantity of creatures there are some obvious gaps. For example Fay creatures like brownies, leprechauns, and spites are not present. But given what they did put in there and the added material that is useful I can forgive them in exercising some editorial judgment. Also there is a focus on first tier creatures (1st to 5th level) 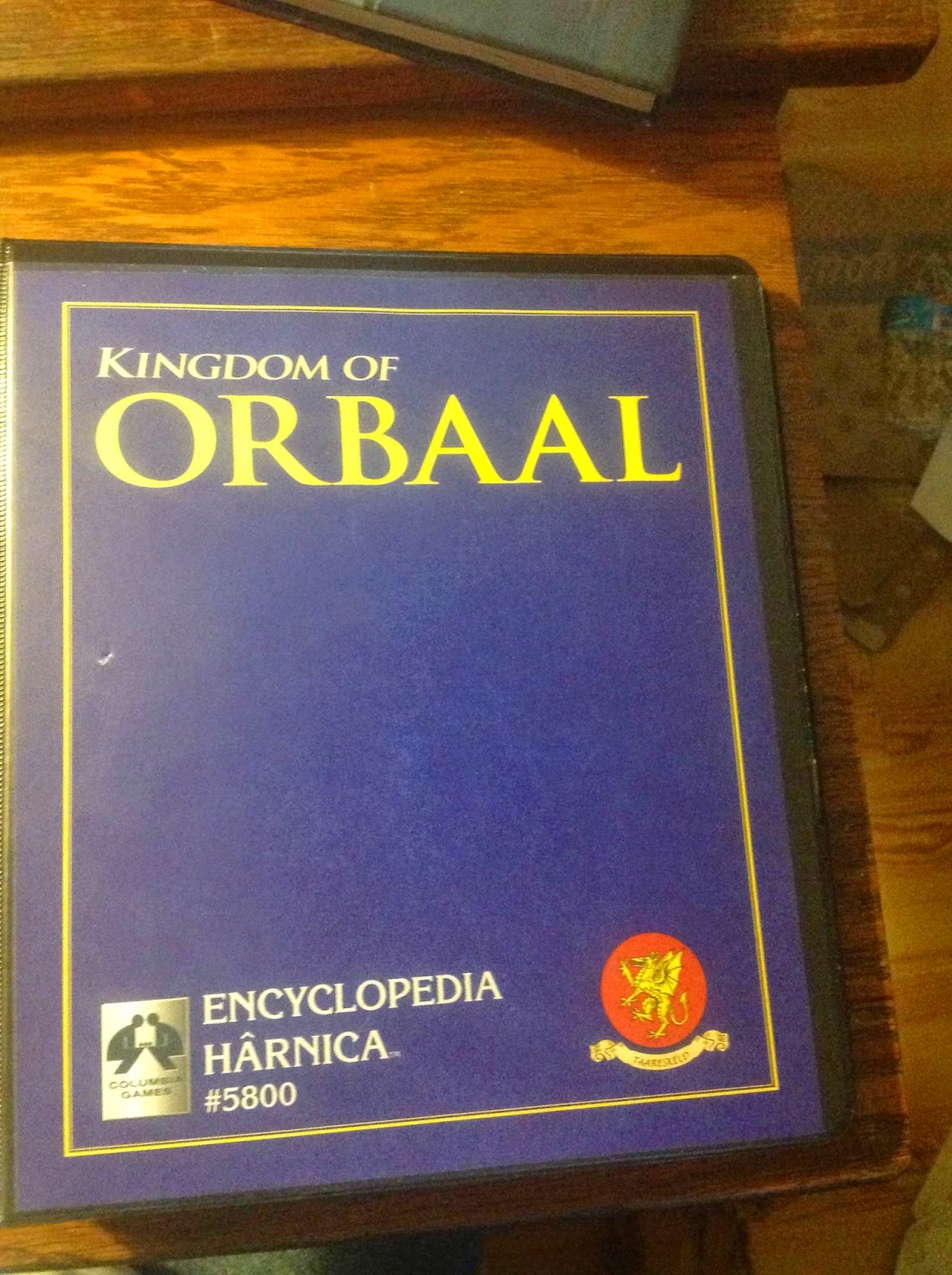 Next up is the latest Harn release, the Kingdom of Orbaal by Columbia Games. While Orbaal is not the largest Harn kingdom in terms of population or power it is the largest in the shear number of settlements. The original article was terse even by harn standards due to the need to pack everything into a small number of pages.

For those not familiar with Harn, the northern coast is a broken mountainous regions where the coastline features numerous inlets and fjords. This was the home of the Jarin people, a vaguely gaelic people who were the first human settlers of Harn. This region was the last where they dominated that is until 60 years ago when vikings from Ivina (Harn's version of Scandinavia) discovered their realm. Within two decades all the coastal settlements where conquered leaving only of a handful inland settlement controlled by the Jarins. The Ivinians renamed the realm to Orbaal from the original Jara.

Flash forward a couple of decades you got a realms that is riven with factions, and potential rebellions. 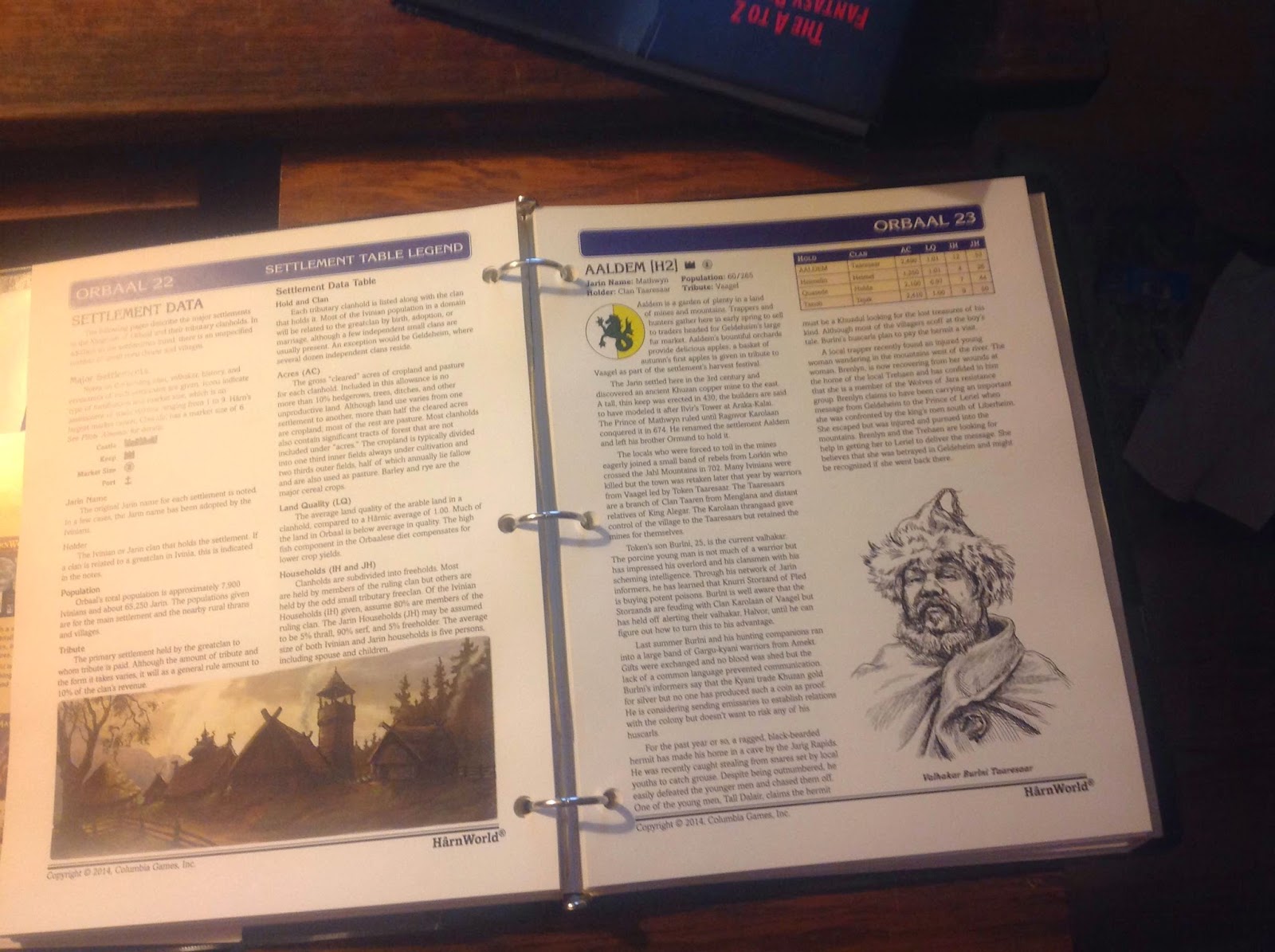 With this release, Orbaal has been upgraded to the standards of the other new Harn Kingdom modules (Kaldor, Kanday, Rethem, etc). As you can see above each settlement has a full page entry that lays not only the basic details but talks about the ruler's personality and goals along with local personalities or details of note.

They did an exceptional job in local detail this time around. Despite Harn's reputation for low fantasy there are hooks to insert a traditional dungeon adventure as numerous ruins and strange locales are briefly described. You can play them straights or up the fantasy when detailing them.

If you like History Channel's Viking series then Orbaal will provide a ready made back drop for a similar campaign. Like all Harn products it is priced at a premium but it is a quality product and at 68 pages packed with a lot of material.

Good week for gaming stuff.
Posted by Robert Conley at 9:59 AM