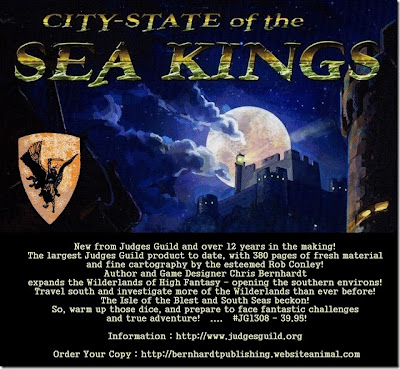 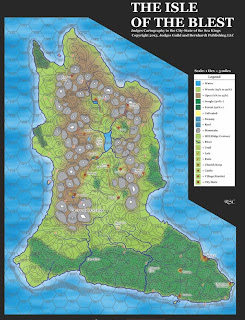 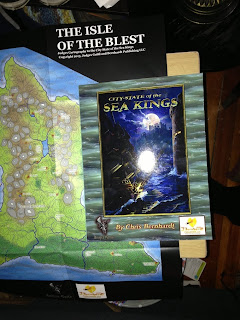 Note that it does have high shipping cost because Chris ships it either via priority mail or express mail.
Posted by Robert Conley at 6:00 AM

I had the opportunity to meet Chris when he was selling the book at DexCon a couple of weeks ago.

I can attest that the book is *beautiful* and *huge*. I'm very glad that the JG Wilderlands has come back in such style, and hope they continue to do so. Well worth it.

Thanks for the heads up. I ordered my copy

like the color map. I am ordering a copy wish the map did not have the topographical lines. but a great map as always