Happy New Year, Bat in the Attic Updates, and a bit of medieval trivia.

Happy New Year everybody! Hope folks have a great 2022.

An update on my Bat in the Attic projects.

Into the Majestic Fantasy Realms

The maps will be offered the 12" by 18" format that DriveThruRPG support. Unlike the Wilderlands where I had to divide the maps, Majestic Fantasy Realms maps will be designed around this size. In addition like my Wilderlands project these maps are cropped from a much larger whole. So as the series progresses in the coming years everything will overlap perfectly along with the option of printing the entire setting as a complete whole. The image is showing the four combined maps.

Scourge of the Demon Wolf Redux

Along with the above, I will be reworking the background of Scourge of the Demon Wolf to set it within the Majestic Fantasy Realms. Which is will hopefully address one of the common complaints of the original that the hexcrawl setting I included was a bit thin. This will also allow me to continue to offer the adventure after the Judges Guild license sunsets.

After I get this out I will get the next volumes out for my Majestic Fantasy RPG. Unlike the basic rules this will cover all the levels and options. The volumes currently being planned are:

Like the Basic Rules I will giving everything a sense of "place" that they exist as part of a larger world.

Deceits of the Russet Lord

This will be the next sandbox adventure. Like Scourge of the Demon Wolf, it is a situation that can be resolved in a number of ways. What is it about?

The Deceits of the Russet Lord is an adventure involving star crossed lovers, corrupt monks, rebellious peasants, tyrannical lords, bloodthirsty orcs, and the one that orchestrated it all, the Russet Lord. 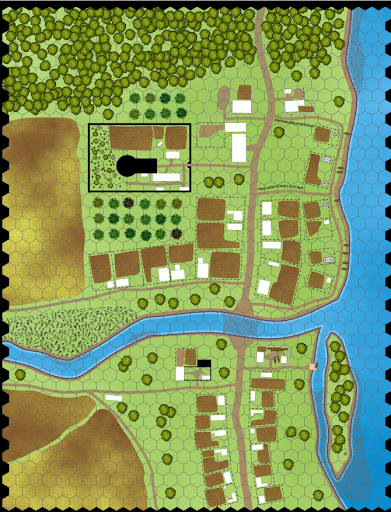 The above should occupy my release schedule for the next year and a half. I have several less developed projects most of them focusing on the Majestic Fantasy Realms. I do want try my hand at science fiction roleplaying at some point. I have a setting that I call the Majestic Stars centered around the idea that 65 million years ago the dinosaurs had a star spanning civilization that terraformed nearly every world in local galactic space. It was then wiped out leaving many of these planets including Earth to develop on their own.  I came up up with the idea to account why there were so many inhabitable planets when you use the Traveller world generation system.

So recently I been watching a Discovery of Witches. Part of the series is set during 16th century Europe. Throughout this portion I noticed this in several places. 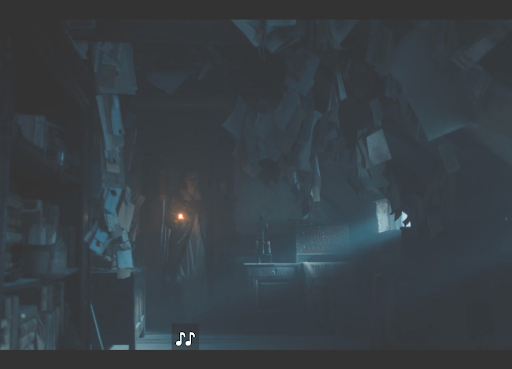 Letters hanging from cords or threads. So I dug into it and found that during that era and earlier, places that deal with a lot of paperwork and letters would punch a hole in them and thread along a cord. Related documents would go on the same cord. You can see some of this in this painting. Just zoom to the upper left corner to see the cord those letters are hanging off of. 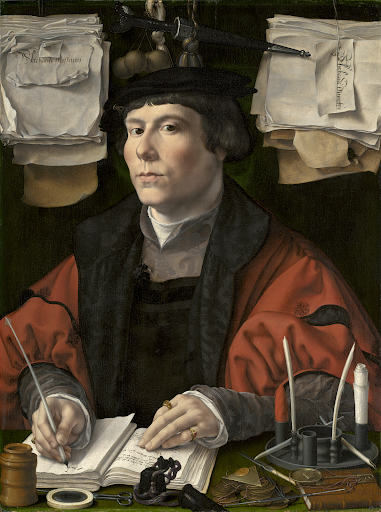 Hopefully you find this useful as a bit of color when the PCs break into some medieval clerk's or noble's office.
Posted by Robert Conley at 11:01 AM

Looking forward to Russet Lord. I'd be happy if it was half as good as Demon Wolf.

I like very much your Blackmarsh setting and I'm glad you are working on expanding it. Last year I ran "Red Hand of Doom" (from D&D 3.5) and adapted it to Blackmarsh. (Final battle was the siege of Blackoak Castle.) I wrote raport about it (in Polish) on my blog: http://ifrytrpg.blogspot.com/2021/12/red-hand-of-doom-kampania.html

Love me some Blackmarsh and that expanded map has been a long time coming, glad to finally see it close to release. Will you write up an expanded booklet as well? So will the old Blackmarsh "turn into" this new, larger setting?

@Peter,
Blackmarsh was already part of the setting behind Points of Light. So that part is covered. What different is that before I just had a vague continental outline now I have something more concrete with a giant hex grid where I placed all the maps I did previously in the series. Although it will be a while I will release anything like the old Greyhawk folio.

Into the Majestic Fantasy Realms will be accompanied by a guidebook encompassing all four maps. I am in the midst of writing it up now. There is some areas that will expanded in detail like I did with Castle Blackmarsh. And new locales to be created because the old maps didn't line up into a perfect rectangle so there are new areas to cover.

@Ifryt, thanks for sharing that and thanks to Google Translate I was able to follow along with your account and glad you and your group had fun with my material helping.

Just as a general note, Blackmarsh is open content and if you or anybody you know in the gaming community of Poland wants to translate it and sell that. Feel free to do so. I know of similar efforts in French, Spanish, and Hungarian.

Any vague idea of a publishing date?

Yes, I know. As I've already translated most of it maybe releasing it in public would be good New Year resolution for me. :)

What's the hex scale on that combined hex map above?

Rob, will the Majestic Fantasy rulebook build upon the basic, or does it include levels 1-5?

It will include all the levels. The point of the Basic Rules among other things to have a complete RPG in one book to learn from.

Ok, cool. Are you going to kickstart that one too?

My plan to run kickstarters for all them. I still have a sizable amount of my Basic Rule kickstarter still saved to get art and editing going when I get done with the draft for the Majestic Fantasy Realms, and if that goes as well as the Basic Rule then that will allow me to get going on the first volumes of the Majestic Fantasy RPG as well. Either way everything will be release it just matter of how nice can I make the art and how fast I can pay for the editing of the final version.