Gaming Stories: Cyberpunk 2020, a Tech versus a Solo

During the early 90s, I was in a Cyberpunk game and a player was an obnoxious twit both in and out of game. He played a tricked out Solo (a character focused on combat and combat mods). Nobody could take him in a fight, a fact he used to bully the rest of the party.

At one point in a job we ran across some weapon mods. I was the party Tech. Up to this point I roleplayed the character as meek and mild. I calmly accepted the abuse the player was dishing out. The rest of the players were much more vocal in their discontent.

The weapon mods we found were really good and there was a enough to go around. As the Tech it was up to me to use the mods to upgrade the party's weapons. The Solo, confident in his power over me, hands me his gun. I installed the mods along with optical recognition software and programmed it to not to fire the gun if any of us were in its sights.

A couple of hours later we reached the end of the job. Of course the Solo player pulls out his gun and announces that everything was his. While the rest of the party voiced their complaints I pulled out my pistol. The Solo player looked at me with contempt and said


Are you really going to go up against me with that? 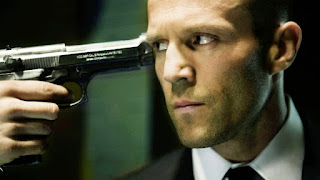 Yeah I am the Tech you handed your weapon too.
Bye, Bye.

I turned to the rest the party,


Well that bit of unpleasantness was taken care off.

We proceeded to divide up the good and finished the mission. To this day it is one of the best in-game stunts I ever managed to pull off.

If we are lucky perhaps +Tim Shorts will tell his Shadowrun story involving a Street Samurai vs a Netrunner.
Posted by Robert Conley at 2:26 PM

Do not screw with the people who build and maintain your toys, that is just common sense. I hope you sold the solo's body and cyberware for parts.

I don't get why the player wasn't booted long before that became necessary.

In a Shadowrun 4E game, we had an extremely abrasive and unpredictable Street Samurai. I programmed a fail safe into his cyber-eyes such that I could shut them off whenever possible. While that reigned him in, I had another ace up my sleeve... a backdoor program built into his move-by-wire system.

When players want to improve game leveling at short time, or make your character more powerful, you can enjoy more of TERA if you buy TERA gold from IGNK. We offer safe, guaranteed speedy delivery and excellent customer satisfaction. The other:Tera Gold