Back in the early 90's I would hand out updates before each session. Updates were one page documents covering various aspect of the Majestic Wilderlands. They were meant as easily digestible chunks of the back story of the setting. Some were pretty broad while other were specific.

So I am going to revive the tradition for the Majestic Stars.

Where is the campaign located at?
The Artemis Space Station located in the HiP 38392 system. The main star classification is G7V, slightly cooler than Earth’ Sun which is G2V.

What is the Artemis Station?
It is a commercial station built by the Selene Republic with aid from all of the major powers to handle trade and culture exchange with the Saurian Commonwealth. It is in the L5 point between the planet Selene and its Sun. There is small but rich asteroid field at the L5 point that is known as the Outback. It is actively mined by Belters to provide the station with resources.

The station can support a permanent population of up to 35,000 sentient beings. There are currently 30,000 humans, 2,000 Saurians, and 1,000 Kang’rits resident on the station. The station has been in operation for two years.

Who runs the Station?
The Astroguard handles the day to day administration of the station. The Selene Republic supplies magistrates and ombudsmen to handle judicial affairs. Overall station policy and contact with the Saurian Commonwealth is handled by a United Colony advisory council with representatives from all the major human powers and headed by a governor appointed by the Selene Republic.

The current governor is Rosette Alcantar who works with the Station’s commander, Captain Anton Pikova of the Astroguard.

What is the Outback?
It is a small asteroid field circling the L5 point between Selene and its sun. It is home to one thousand belters mining volatiles and metals for processing at the station. The main station is buried in the asteroid Perth with 200 permanent residents and up to 300 transits at any one time. 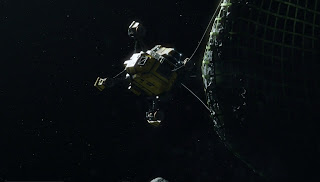 What are the United Colonies?
The United Colonies are a loose association of major and minor powers. It is similar to the 20th/21st century United Nations however it is more focused on managing certain interstellar organizations than being a diplomatic forum.

There are numerous smaller independent powers as result of the human diaspora. It is not uncommon for worlds and star systems to be divided into multiple independent nations, colonies, etc.

Who are the Saurians?
The Saurians are not the ancient race sentient dinosaurs but more recently evolved. First contact was 50 years ago and it was with a group of Saurians calling themselves the Commonwealth. It appears that the dominant Saurian culture is a single empire ruled by an immortal emperor. The Commonwealth are comprised of dissidents and refugees who have fled beyond the borders of imperial space. The Saurians appears to be a century ahead of humanity in technology.

The Barron Consulate has petitioned the United Colonies for a seat on the Artemis Station’s advisory council.

Ellena Bucanan dies in from an illegal firework display occurring during the New Year Festival held by the Mesic Dockworkers Coop.

Protein output triples in 2424 over 2423. Agriculture Commissioner Arios Koviria is to receive this year’s Disheva Award of Excellence.

Newton Kader is to be sentenced next Friday, the 10th, after being found guilty of embezzling funds from the Four Stars Credit Union.

Arguments continues after last week’s heated exchange at the Station Round Table over the rising transport fees to the Outback and Selene.

New stationwide update to fabricators is being posted on the 4th to censor the manufacture of Strokon and Waxet, two drugs that were found to be highly addictive to Saurians.

The Station Maintenance schedule has been posted. Click to find scheduled shutdowns and service reductions.

Diturisaurs were found to be the cause of the power outage on Level 4’s Block E-4. Residents are advised to call 811 to report any sightings. 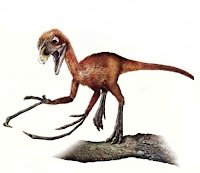 On Monday the 6th, the Commonwealth-Selene Cultural Exchange will make the works of K’Sudai, A’Morko, and K’Tipa available on the Omninet. The three are noted historical fiction authors in Saurian literature. February’s drop will be focused on the romance genre.
Posted by Robert Conley at 12:41 AM

Hi there, great post as always. I wasn't sure where to contact you so I'm just commenting here. I've recently completed an online Hexcrawl dm prep tool that I think you might be interested in. I made it to help myself with running a hexcrawl campaign and decided to put it online in case others wanted to use it too.

Take a look and let me know what you think: www.rhysmakesthings.com/gm_friend